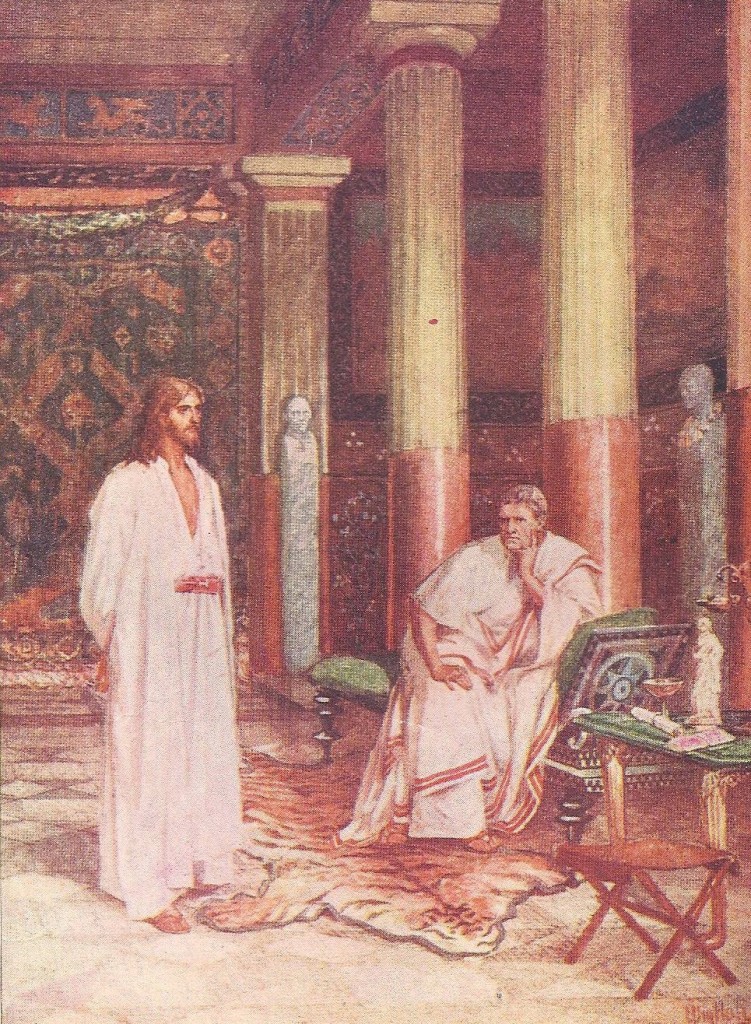 15.04.00.A. JESUS BEFORE PILATE. Artwork by William Hole of the Royal Scottish Academy of Art, 1876.  According to the customary Roman method, a private examination of Jesus by Pilate would have occurred either in Pilate’s library or in his business room (office). Later Pilate would present Jesus to the waiting Jews for another discussion. As much as the Roman governor tried, he could not find anything illegal or threatening about Jesus and, in fact, attempted to free Him. See John 18:33-38.