THE GATE FOR THE SHEEP

7 So Jesus said again, “I assure you: I am the door of the sheep. 8 All who came before Me are thieves and robbers, but the sheep didn’t listen to them. 9 I am the door. If anyone enters by Me, he will be saved and will come in and go out and find pasture.       10 A thief comes only to steal and to kill and to destroy. I have come so that they may have life and have it in abundance.

In biblical times there were two kinds of sheepfolds.  The discussion by Jesus includes both kinds.

In this passage Jesus presented His seventh “I am” statement.  Not only did John present the divine characteristics of Jesus with those statements, but he verbally underlined their significance by mentioning seven statements, the number of wholeness and completeness.

During the day, shepherds and shepherdesses guarded the sheep.  In the later afternoon, however, the women returned to their homes and the shepherds guarded the sheep that were in the sheepfold. These village sheepfolds or pens were stone wall enclosures with thorny briars along top and outer edges.  In the event the sheepfold did not have a gate, or if it were broken, then the good shepherd would sleep across the open entrance and thereby protect his flock with his life.  An uncommitted shepherd might attempt to scare away a predator, but would not risk his life for the sheep. A good shepherd would risk his life for his sheep. 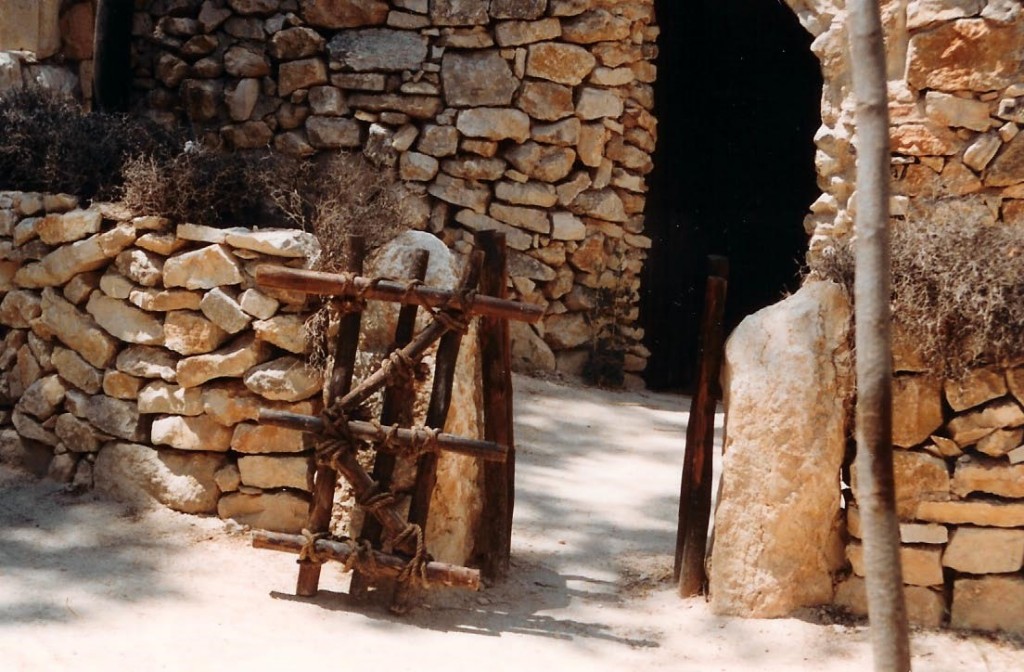 11.02.27.A. A RECONSTRUCTED SHEEPFOLD.  Sheepfolds or pens were built of stone and were topped with briars to discourage predators and thieves.  This reconstructed sheepfold was photographed by the author at the former Pilgrim Center in Jerusalem.

Jesus said that, “I have come so that they may have life and have it in abundance.”  This passage follows the ten verses in which Jesus is speaking of the relationship He desires to have with His followers.  It reflects that God’s desire is the highest and best for every person and He warned that the thief would be the one who desires to steal, kill, and destroy the followers of our Lord.