25 “This is why I tell you: Don’t worry about your life, what you will eat or what you will drink; or about your body, what you will wear. Isn’t life more than food and the body more than clothing? 26 Look at the birds of the sky: They don’t sow or reap or gather into barns, yet your heavenly Father feeds them. Aren’t you worth more than they? 27 Can any of you add a single cubit to his height by worrying?

28 And why do you worry about clothes? Learn how the wildflowers of the field grow: they don’t labor or spin thread. 29 Yet I tell you that not even Solomon in all his splendor was adorned like one of these! 30 If that’s how God clothes the grass of the field, which is here today and thrown into the furnace tomorrow, won’t He do much more for you — you of little faith? 31 So don’t worry, saying, ‘What will we eat?’ or ‘What will we drink?’ or ‘What will we wear?’

32 For the idolaters eagerly seek all these things, and your heavenly Father knows that you need them. 33 But seek first the kingdom of God and His righteousness, and all these things will be provided for you. 34 Therefore don’t worry about tomorrow, because tomorrow will worry about itself. Each day has enough trouble of its own.

There are certain key words and phrases that stand out in the gospels. One of them is “pray,” because Jesus often went somewhere to be alone to pray.  Another is the term “don’t worry.” This term not only suggests His strength and poise that is to be within the believer, but is also an encouragement of faith. Over and over again Jesus told His disciples not to worry as there is only one supreme concern and that is the issues of the Spirit. It is a step of spiritual maturity when one can stop worrying and face challenges in faith. That does not negate honest concern about an issue, but the crippling effect of worry reflects lack of faith in God. The next step in maturity is to seek first the Kingdom of God (Mt. 6:33), that is, to pray about and accomplish the tasks assigned in building the Kingdom of God.

“Don’t worry about your life.”  These words must have sounded like some kind of humor because was explosive tension between the Romans and Jews. In the midst of Roman occupation, high taxation, and economic stress, Jesus commented on the essential elements of life, which God continues to provide for His own.  The Jews, and especially Jesus, were constantly under the watchful eye of the Romans, as well as the Herodian spies.  In this explosive social setting, Jesus essentially said, “Do not worry about your life, God will take care of you.”  The concept is simply an extension of His words on the fulfillment of the Law (Mt. 5:1-48; cf. 6:19, 24), where phrases such as “lay up treasures in heaven” and “serve God,” are in close context with this teaching.

On the other hand, this statement does not negate the curse of being lazy, apathetic, or indifferent.  It means that believers ought to focus their faith in and devotion to God, while working toward the necessities of life and family.  Neither does it mean that one should not plan for the future.  Noah planned to build a boat, but did not worry about it even when under tremendous social pressure and ridicule.  The Apostle Paul planned mission trips, but did not worry about his travels.  Likewise, we are to make godly plans, but are not to worry about them.  Being overly concerned for one’s welfare was not unique to the time of Jesus. One of the early church fathers made this comment about the attention given to the physical bodies at the expense of godly matters:

There are many people who exert greater care for their bodies than they do for their soul. But they should devote a greater solicitude for their souls, where the image of God is.  When the flesh, which they love so much, begins to be devoured by worms in the grave, the soul is presented to God by the angels in heaven.

“Look at the birds of the sky.”  Here the Master Teacher connected His teaching with the bountiful beauty of nature.  The Holy Land lies between the Mediterranean Sea on the west and what was then known as the northern part of the Arabian Desert (today’s Jordan) on the east. It is the land bridge that connects the continents of Africa, Europe and Asia.  This small parcel of fertile land is in the flight path of one-third of all migratory birds, an estimated five hundred million that fly over it every March and again every November as they migrate from one continent to another.[2]  This phrase was an excellent illustration of the love and care of God.

“Cubit.” A cubit is a distance measurement, but here Jesus used it as a figure of speech concerning time.

“The wildflowers of the field.”  Only Switzerland has more natural wildflowers than Israel. Israel’s beauty is phenomenal by the time the winter rains end, but by late April and early May the hot, dry sirocco winds from the eastern desert dry them up quickly.[3] The withered plants were harvested and used for fuel in home cooking and pottery kilns (cf. Ps. 103 and Isa. 40). 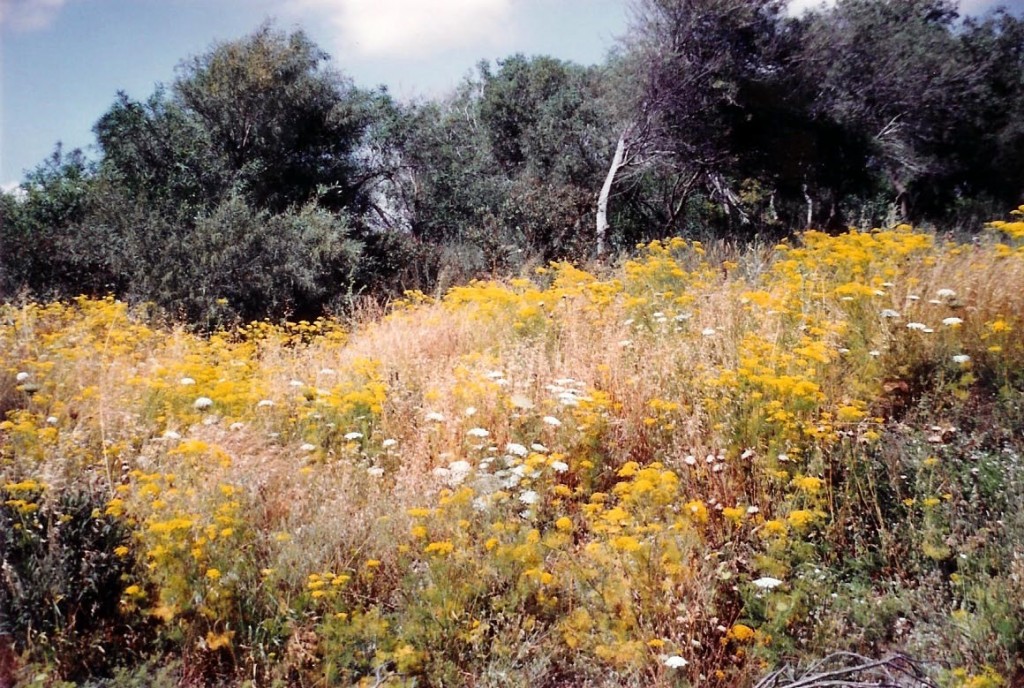 08.04.02.A. WILD FLOWERS OF ISRAEL.  Israel has more wild flowers than any other nation except Switzerland.  About the time the winter rains end and temperatures rise (March and April) the plains and mountain regions are a carpet of wild flowers.  Photograph by the author. 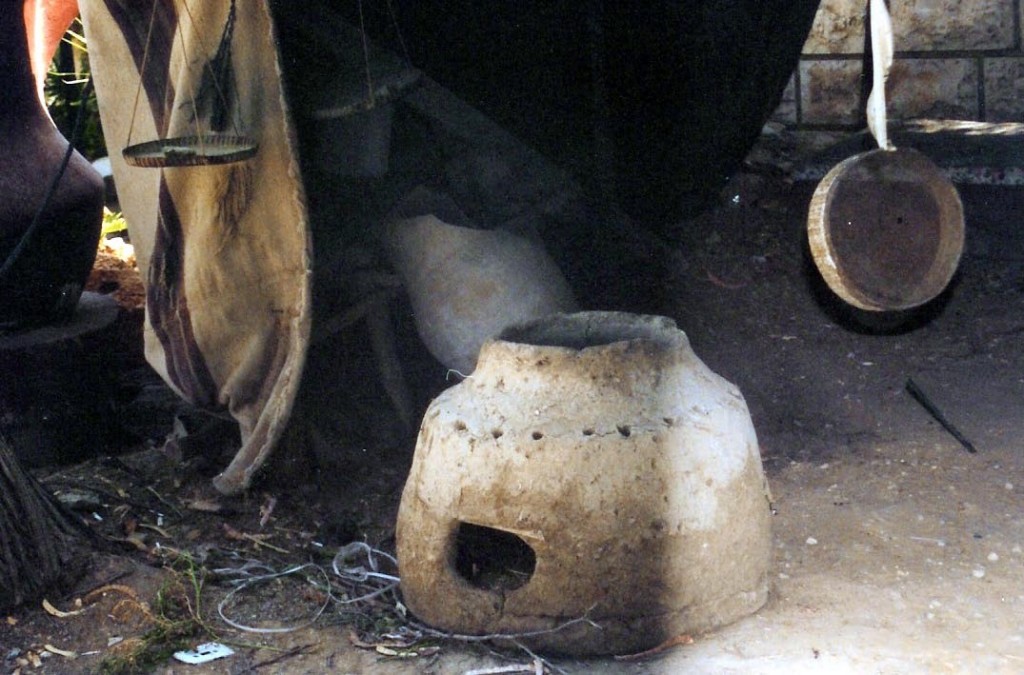 08.04.02.B. A TYPICAL CLAY OVEN.   A clay oven, known as a tabun, such as this one is barely 24 inches high. It was used daily for basic “baking” pizza-shaped bread, which was laid upon its outer surface to bake.  Fuel was anything that would burn, although dried grass and manure was the most common fuel. Notice the hanging frying pan, a rare item in the first century. Photograph by the author.

“Solomon in all his splendor.”  The extreme wealth and power of King Solomon was proverbial.[4] People spoke of him as they did of his legendary father King David and the great international empire he established. The conclusion of this passage is that one’s life is to be focused on God in all daily activities (Mt. 6:33). These words were probably applauded by the Essenes who devoted themselves to every commandment of the Law of Moses,[5] but Jesus emphasized this with kindness and love.

[1]. Thomas, The Golden Treasury of Patristic Quotations: From 50 – 750 A.D. 262; Note:  the term “Caesar” was a family name, but it became the title of the emperor who had the same family name.  This Caesar was not affiliated with the Roman monarchy.