19 But Herod the tetrarch, being rebuked by him about Herodias, his brother’s wife, and about all the evil things Herod had done, 20 added this to everything else — he locked John up in prison.

The Herodian family lived on the wild side.  Their wild and sensual parties and banquets were the envy of Rome.  The trend began with Herod the Great and was faithfully continued by his three sons, especially Herod Antipas.  For this the Baptist had rebuked him for his notorious debauchery as well as his adultery. Naturally, the corrective rebuke was not welcomed by the king. In fact, according to Josephus, he feared that John’s teaching might lead to civil unrest.[1]  Consequently, he had John imprisoned in the Machaerus Fortress, located east of the Dead Sea. 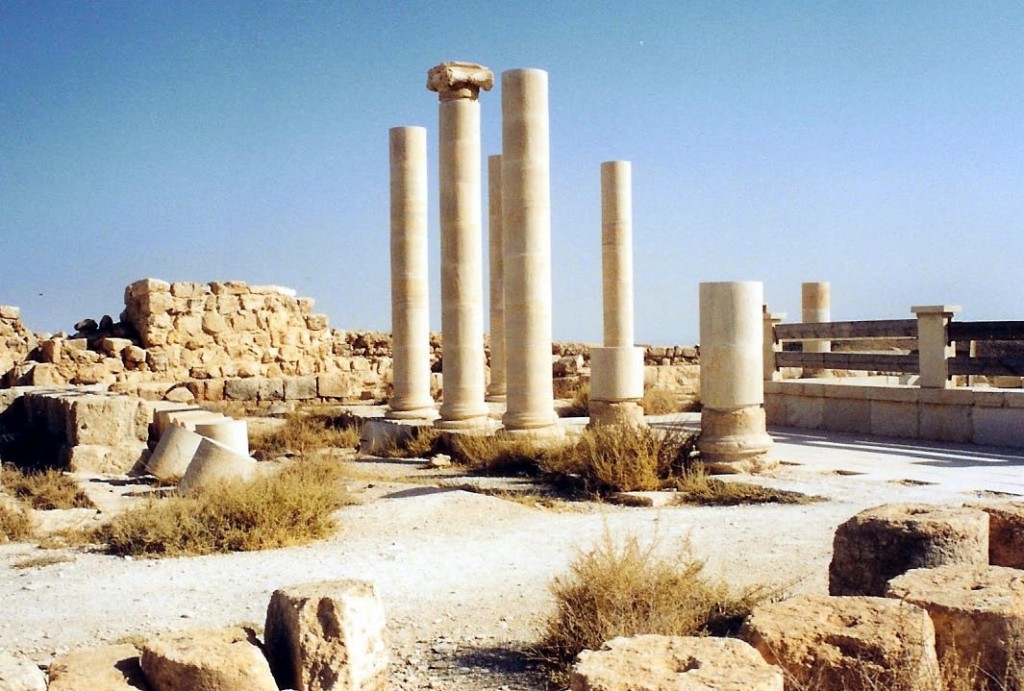 05.05.07.A. RUINS OF THE MACHAERUS PALACE-FORTRESS.  The ruins of this palace-fortress, east of the Dead Sea, are hardly a shadow of its glorious past. According to tradition, John the Baptist was imprisoned and beheaded at this site. Some scholars believe the pit (right of the fence) was the prison dungeon. The fortress was constructed by Alexander Jannaeus (103-76 B.C.), destroyed by the Romans in 57 B.C., and reconstructed by Herod the Great, who enjoyed the nearby hot springs of Callirrhoe in the Wadi Zerka Ma’in.[2] Photograph by the author.