2.01.03 Diaspora. The term refers to Jews who were dispersed from their Holy Land, either forcefully or by free choice.[1]  So many Jews lived “abroad” that by the end of the Inter-Testamental Period there were two Diasporas. The “Western Diaspora,” located in the area from Tarsus and Ephesus in modern Turkey to modern France, was dominated by the Hellenistic culture.  The “Eastern Diaspora,” located in a region encompassed by eastern Turkey, Egypt, and Babylon, was dominated by rabbinic law and lore. Both cultural groups had a tendency to confront each other, especially when they met during the festivals in Jerusalem. 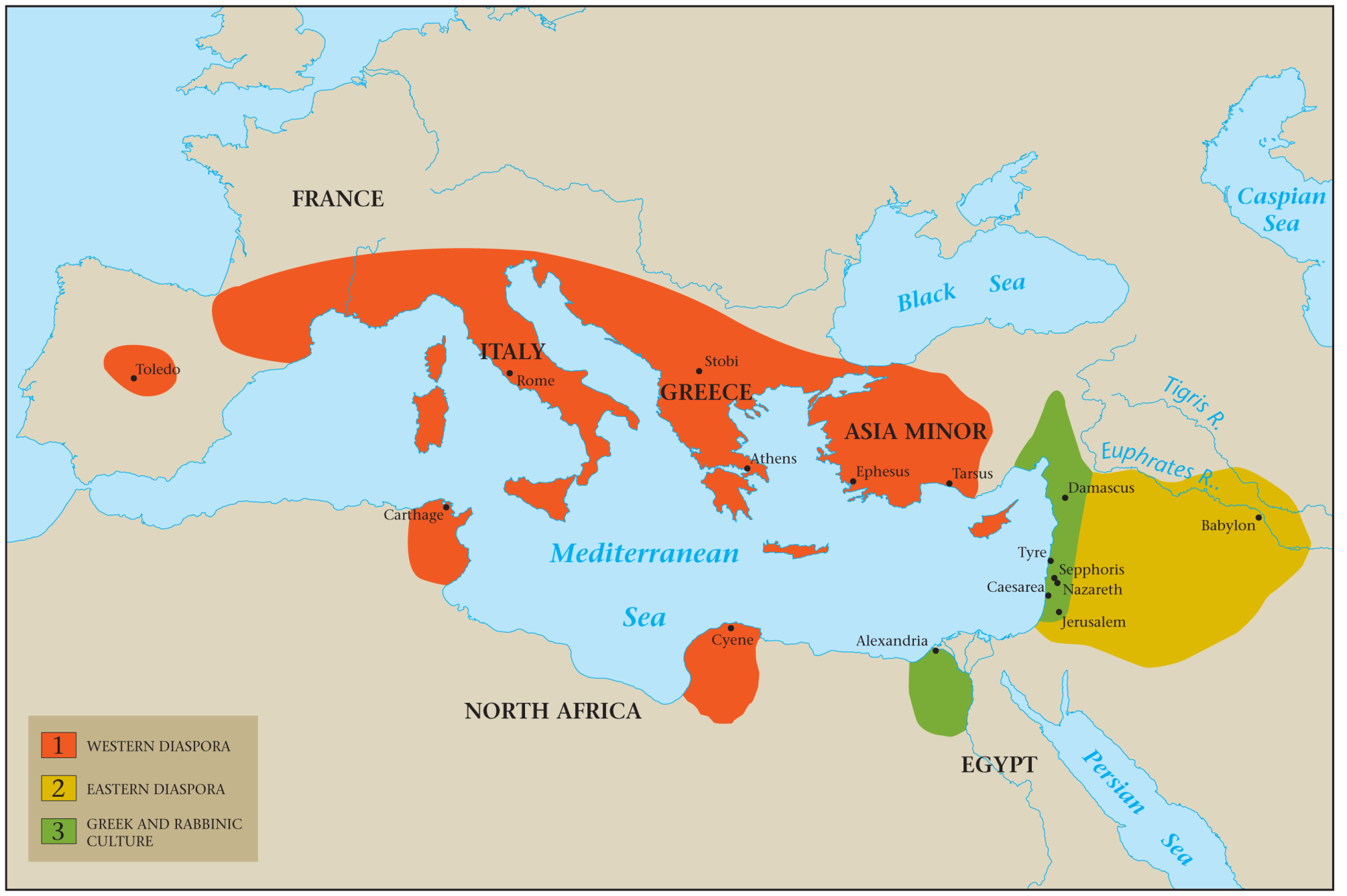 02.01.03.Z MAP OF THE TWO JEWISH DIASPORAS. By the end of the Inter-Testamental Period the Jewish people had spread over a large region from the Persian Gulf to Western Europe. The eastern rabbinic Jewish Diaspora tended to clash with their western Hellenistic counterpart. Courtesy of International Mapping and Dan Przywara.