PARABLE OF THE LIGHTED LAMP

22 For nothing is concealed

except to be revealed,

except to come to light

23 If anyone has ears to hear,

24 Then He said to them, “Pay attention to what you hear.

“With the measure you use,

it will be measured

“By the measure you use,

it will be measured and added to you.

it will be given, and

From the one who does not have,

even what he has will be taken away.” 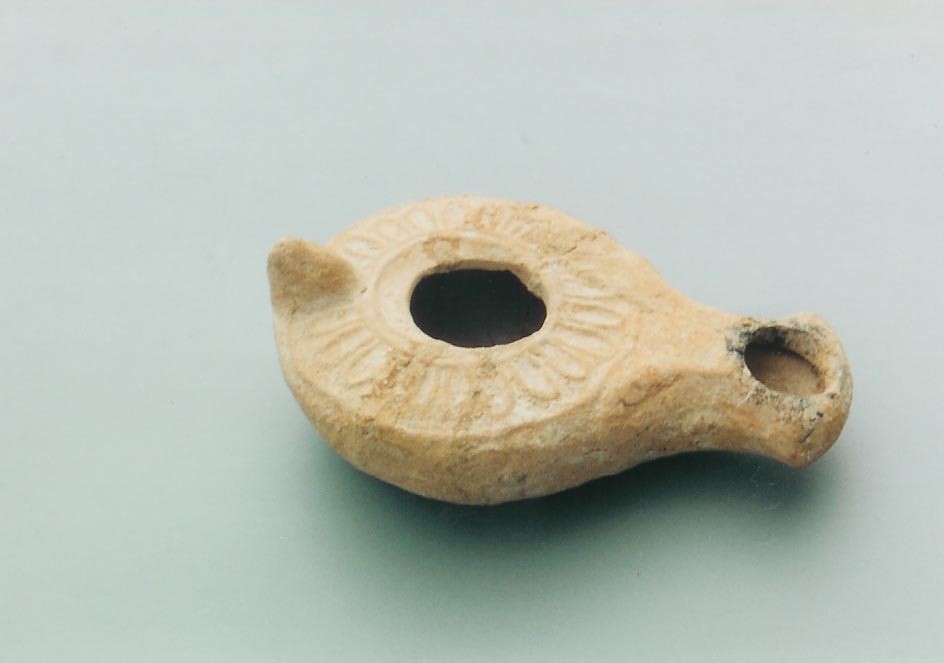 09.03.19.A. FIRST CENTURY HERODIAN OIL LAMP.  This first century Herodian style lamp is easily identified by its fan-shaped spout and fits in the palm of one’s hand. These were molded of clay and fired in a pottery kiln for hardness.  The fuel was olive oil and a wick was inserted in the small spout.  The short wick absorbed the oil, then was lit and provided minimal lighting in the home. Jesus used common events and objects of daily life to convey his message. Photograph by the author.