PARABLE OF THE WHEAT AND TARES

24 He presented another parable to them:

“The kingdom of heaven may be compared to a man

who sowed good seed in his field.

25 But while people were sleeping, his enemy came,

sowed weeds among the wheat, and left.

26 When the plants sprouted and produced grain, then the weeds also appeared. 27 The landowner’s slaves came to him and said, ‘Master, didn’t you sow good seed in your field? Then where did the weeds come from?’

“‘So, do you want us to go and gather them up?’ the slaves asked him.

29 “‘No,’ he said. ‘When you gather up the weeds, you might also uproot the wheat with them. 30 Let both grow together until the harvest. At harvest time I’ll tell the reapers: Gather the weeds first and tie them in bundles to burn them, but store the wheat in my barn.’” 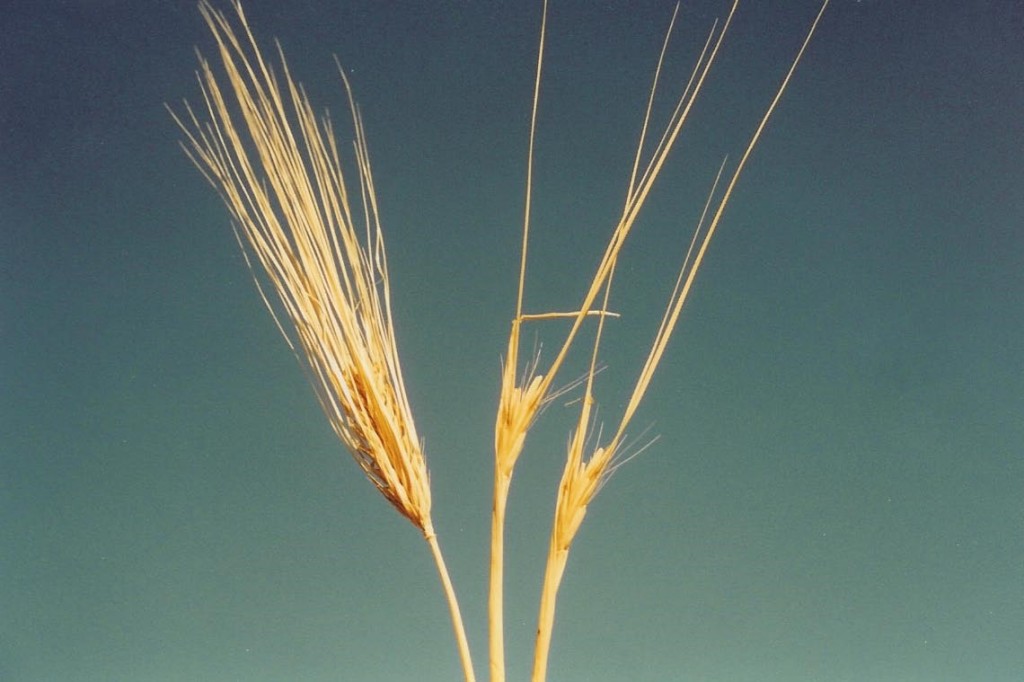 09.03.15.A. WHEAT AND TARES. Wheat (left) and tares grow together in the same field, are similar in appearance, and usually only the farmer can distinguish the difference between them.  But by harvest time, the wheat has a full head of grain while the tares fall to the ground as shown.  Tares also have a root system that intertwines with the root systems of the wheat, thereby stealing strength from them. Photographed by the author.

The Parable of the Wheat and Tares is a parable of those who call themselves “Christians” and are regular attendees in the local church.  Everyone knows that some take their faith much more seriously than do some others.  This parable is one of separation – a separation of those who are truly believers from those who simply mimic the Christian faith.  It is one of several parables of separation and is explained in Matthew 13:36-43. Notice the list of characters:

Tares (weeds)  Believers who accepted temptations by the evil one

Tares are known botanically as the “bearded darnel” (Silium temulentum) and are, in fact, a poisonous rye grass that if eaten, will cause nausea, convulsions, diarrhea, and frequently death. Its appearance is identical to wheat until its ears (the seed pods) appear.[1] Tares are found throughout the Middle East and in ancient times were not considered to be a different kind of plant, but a form of degenerated wheat.[2] For that reason it was also known as a bastard wheat.[3]

The listeners understood the “tare” to be a degenerate believer who maintained the image of a faithful follower.  As the wheat and the tares are indistinguishable in the field until each produces its own fruit, so likewise those in the congregation are indistinguishable until the fruit of their lives becomes evident.[4] The essence of the message is that one day Jesus Himself will judge the church and separate the true believers from those who claim to be His followers, but have not lived by faith and obedience.

“Tie them in bundles to be burned.”  Jesus now begins to use the powerful judgmental law of John the Baptist. Those who faithfully attend church but also maintain a worldly lifestyle will receive their just reward. Decisions determine destiny.