31 “To what then should I compare the people of this generation, and what are they like? 32 They are like children sitting in the marketplace and calling to each other:

33 For John the Baptist did not come eating bread or drinking wine, and you say, ‘He has a demon!’ 34 The Son of Man has come eating and drinking, and you say, ‘Look, a glutton and a drunkard, a friend of tax collectors and sinners!’ 35 Yet wisdom is vindicated by all her children.”

This short poem (note similarities of lines A and A’ and B and B’ of verse 32), is essentially a comparison of the adults of “this generation” and children who follow the patterns of life established by their parents.

“We played the flute for you, and you didn’t dance;[1] we sang a lament, and you didn’t weep.” The explanation of this unique cultural phrase is a follows: Flute players (Gk. auletes 834)[2] performed at weddings, funerals, and other festive occasions. In fact, there were usually several flute players at weddings and everyone danced and celebrated the creation of a new family. When there was a funeral, there had to be a minimum of two flute players who played songs[3] while professional mourners, called sappedans,[4] sang elegant songs of lament. This cultural practice was not only among the Jewish people, but in neighboring communities as well. Mourning was and continues to be expressed loudly in public with the beating of the chest.[5] For example, in the Roman world, when Emperor Claudius died, the wailing of the flute players and professional mourners were so loud that Seneca said that the emperor, although dead, probably heard them.[6] This writer has heard the eerie sounds of uncontrollable wailing and emotionally charged shrieks by professional mourners. This hysterical atmosphere will never be forgotten.

The historian Josephus recorded an account of how people expressed their sorrow over the loss of a beloved leader. In the year A.D. 68 the Romans conquered the city of Jotapata.  During the conflict, rumors spread that the city’s leader, also named Josephus, was killed. When the news of the tragedy reached Jerusalem, the people mourned for him.  The historian recorded the following.

But all mourned for Josephus, insomuch that the lamentation did not cease in the city before the thirtieth day, and a great many hired mourners, with their pipes (flutes), who should begin the melancholy ditties (song and dance) for them.

What Josephus reported was the pattern of life; it was what people were expected to do at such times. In ancient times, when mothers went shopping, they usually took their children along. Somewhere along the Cardo Maximus[8] or in the marketplace there generally was a flute player or other musician who sat on a mat on which passersby would toss a coin or two. As soon as he played his flute, the children danced and played as children normally do. Whether at funerals, weddings, or other celebrations, the children imitated their parents by dancing and playacting. It is human nature that children imitate what they learn from their parents and Jesus used this social pattern for His lesson. He said that the Jewish leaders were not following this basic social pattern of life; this generation of leaders had their own religious agenda. Therefore, they are like disobedient children who do not dance and play in the market place; who do not mourn and lament at a funeral; who do not weep and comfort families who have lost a loved one. Jesus said that the Pharisees rebelled like disobedient spoiled little children.[9] 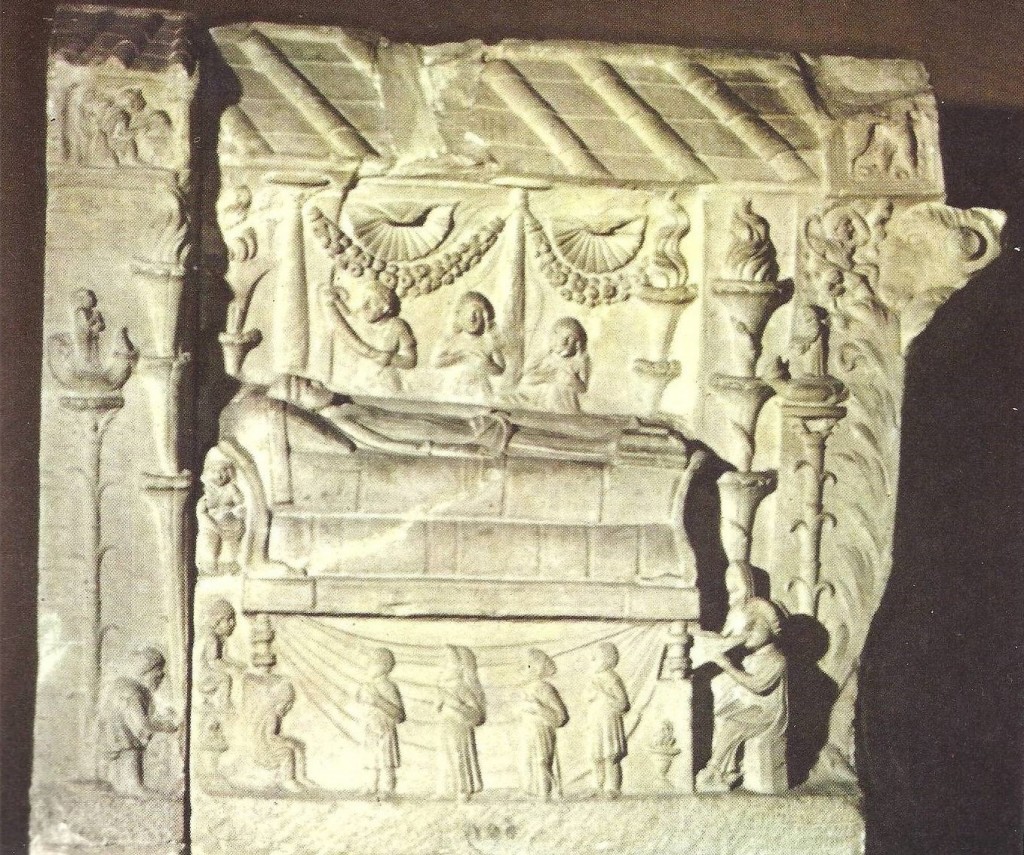 08.05.06.A RELIEF OF MOURNERS BESIDE A DECEASED PERSON. This relief carving was found in a tomb, in Rome, and depicts a dead woman laying on her bier, while women sing or wail dirges behind her, a musician plays a flute (lower right), and the family receives condolences.[10]   Wikipedia Commons.

“He has a demon!” The ancients believed that one of the three places where evil spirits lived was in the desert.  Since John obviously did not live an ordinary lifestyle but came from a remote area of the Judean desert, some concluded that he had become demon possessed.[11]

Jesus utterly shattered the prevailing opinions of how holy and righteous men ought to act. Leading Pharisees and Sadducees believed there was no place for tax collectors in heaven, because they were Jews who betrayed their own people by becoming agents of the hated Romans.  There was absolutely no love lost on tax collectors. In fact, the Oral Law permitted the common people to lie to them, even under oath.

Men may vow to murderers, robbers, or tax collectors that what they have is heave offering even though it is not heave offering; or that they belong to the king’s household even though they do not belong to the king’s household.  The School of Shammai says: “They may so vow in any form of words except in the form of an oath.”  And the School of Hillel says: “Even in the form of an oath.”

None may take change for money from the counter of excise men or from the wallet of tax collectors, or take any alms from them; but it may be taken from them at their own house or in the market.

If tax collectors entered a house [all that is within it][12] becomes unclean, even if a Gentile was with them they may be believed if they say [“We did not enter,” but they may not be believed if they say:][13] “We entered but touched nothing.”  If thieves entered a house, only that part is unclean that was trodden by the feet of the thieves.  What do they render unclean?  Foodstuffs and liquids and open earthenware vessels; but couches and seats and earthenware vessels having a tightly stopped-up cover remain clean.  If a Gentile or a woman was with them all becomes unclean.

“A friend of tax collectors and sinners!”  While these words were said sarcastically, they were in fact, among the most accurate and compassionate descriptions of Him.

[1]. It is interesting that dancing is the only kind of expression of praise and prayer that is not in the New Testament. In the Hebrew Bible, there are eleven Hebrew verb roots related to dancing.  For example, the verb hul, means to whirl, to dance, or to writhe, is found in Psalm 87:7. The fact, that there are so many expressions of dance has led some scholars to conclude that the Israelites may have developed an advanced stage of choreography. Pilch, The Cultural Dictionary of the Bible. 124-25.

[7]. Inserts by this writer for clarification.

[8]. The main street of a Roman city that had shops on either side.

[10]. While this practice depicts an event that occurred in Rome, the custom was popular thoughout the Middle East, and is mentioned in the Mishnah Shabbat 23:4 Baba Meziah 6:1; Geikie, The Life and Works of Christ. 2:330.

[13]. Not all ancient texts contain the bracketed phrase.