Mk. 7 Jesus departed with His disciples to the sea, and a large crowd followed from Galilee, Judea, 8 Jerusalem, Idumea, beyond the Jordan, and around Tyre and Sidon. The large crowd came to Him because they heard about everything He was doing.

9 Then He told His disciples to have a small boat ready for Him, so the crowd would not crush Him. 10 Since He had healed many, all who had diseases were pressing toward Him to touch Him. 11 Whenever the unclean spirits saw Him, those possessed fell down before Him and cried out, “You are the Son of God!” 12 And He would strongly warn them not to make Him known.

Mt. 15 When Jesus became aware of this, He withdrew from there. Huge crowds followed Him, and He healed them all. 16 He warned them not to make Him known, 17 so that what was spoken through the prophet Isaiah might be fulfilled:

18 Here is My Servant whom I have chosen,
My beloved in whom My soul delights;
I will put My Spirit on Him,
and He will proclaim justice to the nations.
19 He will not argue or shout,
and no one will hear His voice in the streets.
20 He will not break a bruised reed,
and He will not put out a smoldering wick,
until He has led justice to victory.
21 The nations will put their hope in His name (Isa. 42:1-4). 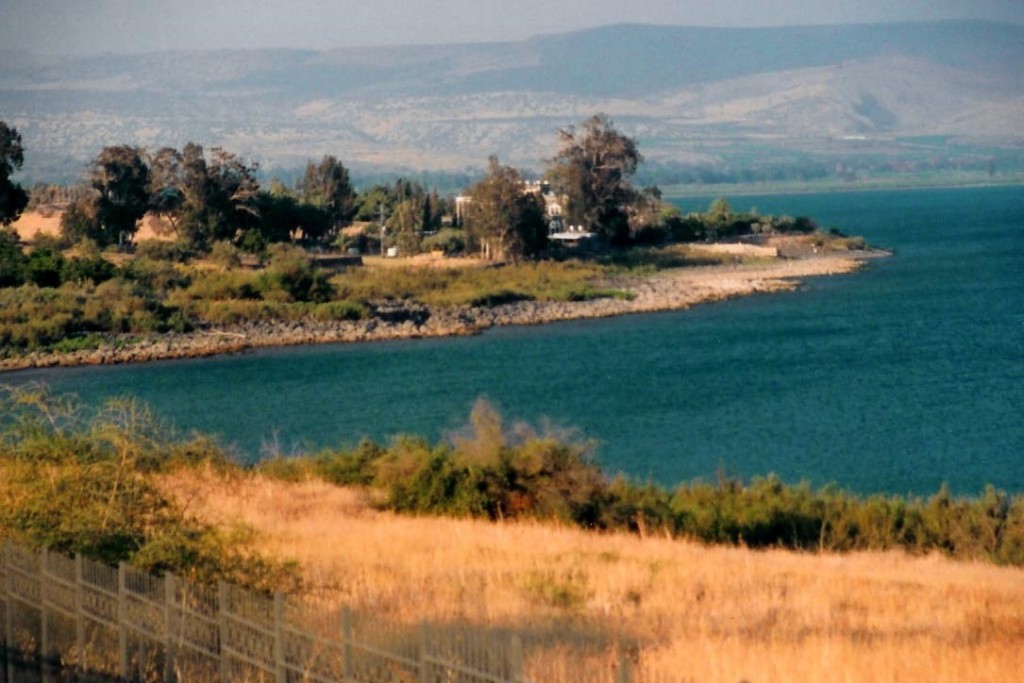 07.03.02.A. THE BAY OF THE PARABLES. The place where Jesus taught from a boat is believed to be immediately west of Capernaum.  From a boat anchored in the middle of this bay, which is in the shape of natural semi-circular amphitheater, Jesus could teach to thousands who would have been seated along the grassy shore. Visitors today are astounded at the natural acoustics of the area and realize thousands could have heard His message. Photograph by the author.

Multitudes came from foreign countries to hear this gentle Preacher and watch Him perform miracles, a fulfillment of Isaiah 42:1-4. He spoke with gentleness, kindness, and compassion. There is little wonder then so many placed their faith in Him.

“You are the Son of God!”  This is a most interesting statement because the demons recognized the identity of Jesus before the people did. Even within the Hebrew Bible there are a number of descriptions of the term, but with a lower case “s.”

Anyone who made this statement of Jesus said so because Jesus was seen as a good man. He was not seen as God Incarnate as believers do today.