06.01.02 JUDEA: JESUS LEAVES JUDEA FOR GALILEE BY WAY OF SAMARIA

JESUS LEAVES JUDEA FOR GALILEE BY WAY OF SAMARIA

1 When Jesus knew that the Pharisees heard He was making and baptizing more disciples than John 2 (though Jesus Himself was not baptizing, but His disciples were),   3 He left Judea and went again to Galilee. 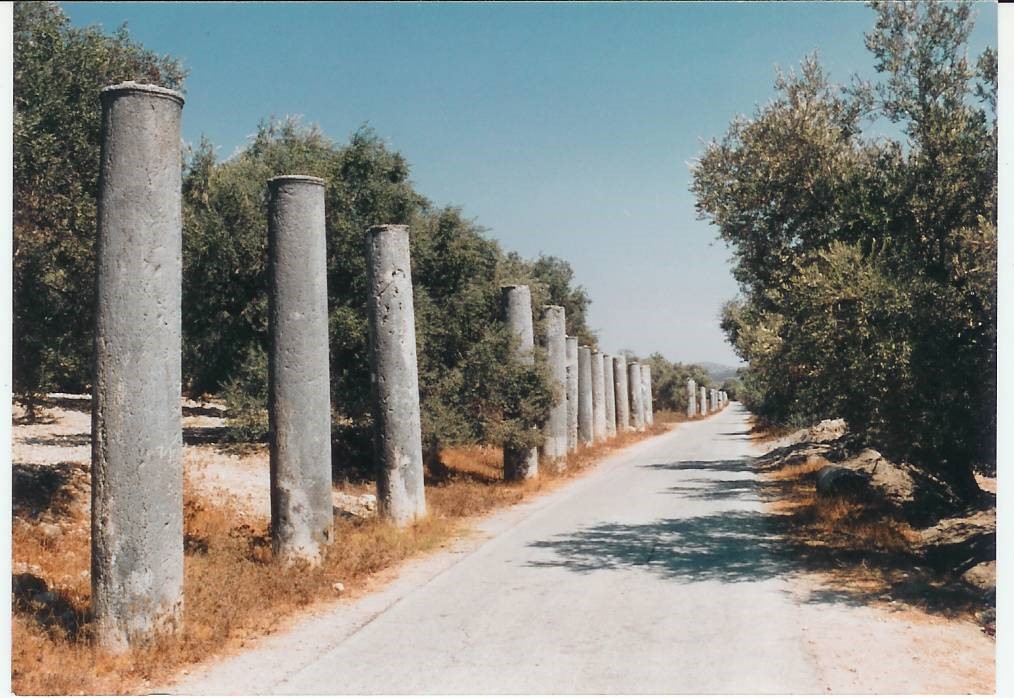 06.01.02.A. THE ROAD INTO SABASTE, SAMARIA. The ancient road is still lined with the pillars that formed the Cardo Maximus (Main Street) of Sabaste. Between these columns merchants had their shops. Since modern roads are often paved over ancient ones, there is little doubt that Jesus and Peter walked down this road many times during their ministry. Photograph by the author.

Jesus left Jerusalem and returned to Galilee by taking a short-cut through Samaria, and of course, opposition was expected. The Samaritans considered the temple at Jerusalem to be part of an apostate religion.[1] So whenever the Jews traveled through Samaria to go to Jerusalem, the Samaritans assumed they were going to worship at the Jerusalem Temple and would attack, beat, rob, and sometimes kill them.  To avoid the dangers, some Jews bypassed Samaria by taking the longer route south along the eastern side of the Jordan River through the province of Perea.  Eventually they crossed the Jordan at Jericho and hiked the long uphill climb westward on the Jericho to Jerusalem Road.  Yet in spite of the great animosity, it was safe for them to go through Samaria when leaving Jerusalem, because symbolically, that was seen as “leaving” the Jewish temple and its apostate religion. That may not make sense in the modern world, but it was common thinking in the first century.

By this time the leading Pharisees were discussing the possible execution of both John and Jesus. In fact, John 4:1-3 suggests they may have had an influence on the imprisonment of John the Baptist. However, the Pharisees, in their vain attempt to remain pure, avoided Samaria, so Jesus forged ahead and had a divine encounter with the Samaritan woman in Sychar. Today, the village is known as Nablus, and is located a few miles southeast of the city of Samaria.

Even though Jesus had previously performed His first miracle in Cana, it was the first of several miracles that caught everyone’s attention and let them know He was One to watch.  Galilee was out of reach of the long arm of the Sanhedrin authority, so Jesus could minister freely without the threat of the temple police. However, He still had two challenges:

Crowds began to gather around Him and soon there was an audience to teach and declare the coming of the Kingdom of God. However, the Romans, Sadducees, Herodians and the Pharisee elitists were less than delighted. They kept a careful eye on Jesus to see if He would initiate a revolt or threaten the temple. 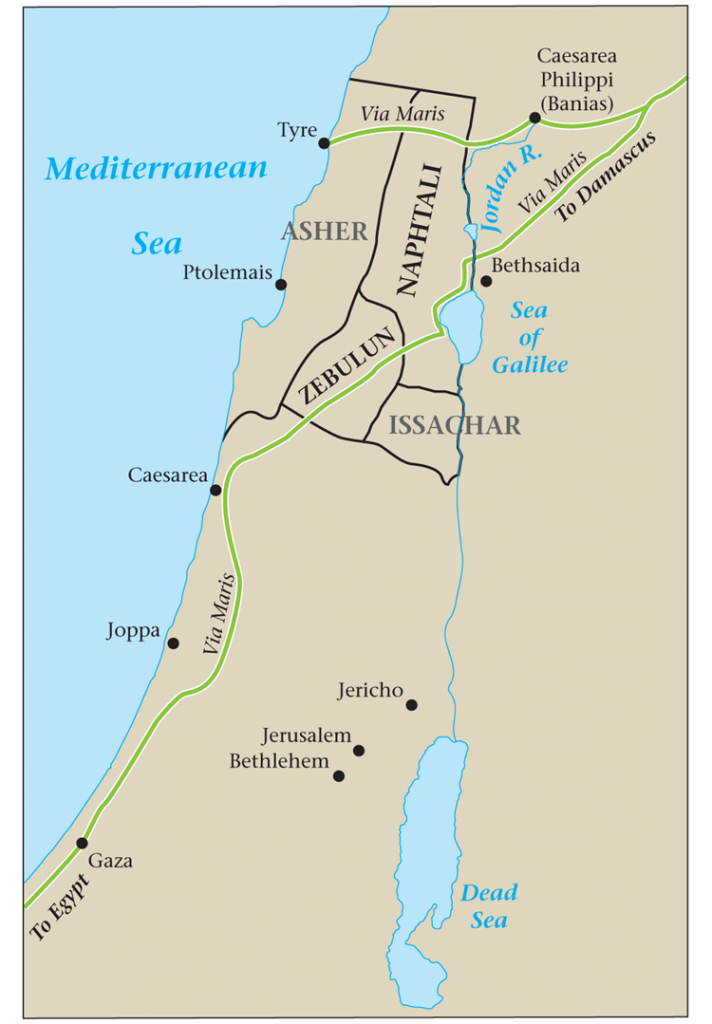 06.01.02.Z Map Depicting The Ancient Tribal Areas Of Zebulun And Naphtali. Throughout history, these two tribal areas suffered horribly by the invading armies that traveled along the Via Maris. By the first century, Zebulun and the lower half of Naphtali became known as Galilee where Jesus preached peace and performed healing miracles, fulfilling Isaiah’s prophecy (9:1). Courtesy of International Mapping and Dan Przywara.