GROWING UP IN NAZARETH

51 Then He went down with them and came to Nazareth and was obedient to them. His mother kept all these things in her heart. 52 And Jesus increased in wisdom and stature, and in favor with God and with people.

“Jesus increased in wisdom and stature.” Jesus grew up like any other boy, but remained sinless; He left part of His deity in heaven.  The fact that Luke stated that Jesus “grew” in wisdom discredits some apocryphal accounts, in which Jesus was described to have had unusual mystical powers in His childhood.  Likewise, there is no truth to the account that Jesus lacked formal education. In fact, average Jewish peasants were better educated than their peers in neighboring cultures. Formal education began as early as the beginning of the Second Temple Period (ca. 515 B.C.), when Levites were given the responsibility of teaching the people (2 Ch. 17:8-9).  Eighty years before Jesus, Rabbi Shimeon ben Shetah decreed that all children and youth under the age of seventeen be instructed in formal education[1] and the Mishnah preserved the various stages of this instruction from childhood to priesthood.[2] While it is unknown if this decree was universally applied in Galilee, it is known that both boys and girls were educated until the age of thirteen.

During those years children learned the Torah beginning at the age of five and the Oral Law beginning at eight.  In the local synagogue He would have learned how to read and write with the use of a wax board and stylus.  The primary teaching method was question and answer, which naturally led to an adult pastime of theological debates. When He became a son of the Commandment at age thirteen and one day, then it was time to learn his father’s trade.  He would remain there approximately eighteen years until the age of thirty, the age when men normally entered the priesthood (or ministry). Matthew summarized those years quite well when he said, “Jesus grew in wisdom and stature and in favor with God and men.”  As righteous orthodox Jews, His parents raised Him according to all the laws of Judaism, which included the following:

Rabben Gamaliel the son of Rabbi Judah the Patriarch said: “Excellent is study of the Law together with worldly occupation, for toil in them both puts sin out of mind.  But all study of the Law without (worldly) labor comes to naught at the last and brings sin in its train.”

Early in His life, He was taught the stories of Israel’s heroes by His mother. Some of whom fought on the great battlefields of Esdraelon which is plainly visible from the hills around Nazareth. To the south is the plateau of Gilboa where King Saul fought his last battle.  Not far from Nazareth was the Via Maris, the international highway that went from Egypt to Damascus and connected to the road to Babylon.[3] Ancient kings traveled on this road with their invading armies. Jesus grew up in a quiet village, but not far away there was rich Jewish history that He could reach out and touch. 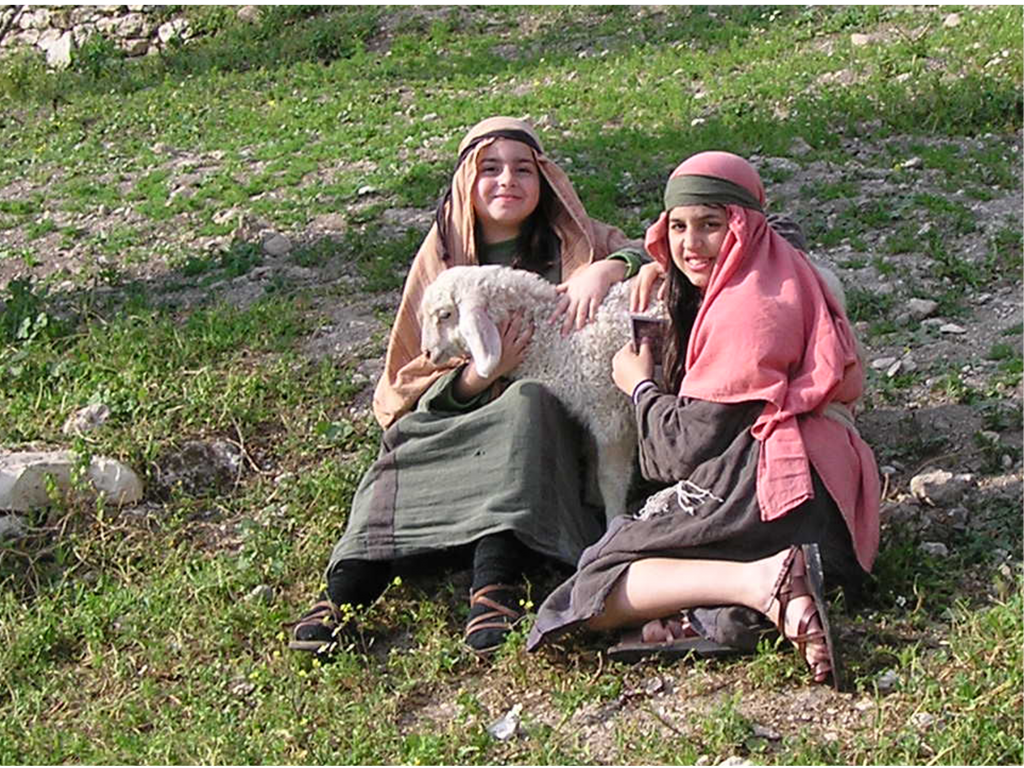 04.06.03.A. SHEPHERD BOYS IN AUTHENTIC FIRST CENTURY COSTUME. These two children holding a sheep at the reconstructed Nazareth Village are dressed in clothes much as Jesus would have worn. Photograph by the author.

“In favor with God and with people.” A similar theme is found in Luke 2:40. Jesus became the popular son of Nazareth, being well appreciated and liked by everybody.  What a stark contrast to His later return to do miracles and preach the Kingdom of God, when these same friendly people would threaten to kill him.  He was a responsible Son, similar to the description of 1 Samuel 2:26 and Proverbs 3:4.

Most events in the life of Jesus were never recorded.  What is known is that the central focus of any young man was the study of the Torah as the “source and grantor of salvation.”[4]  Even if he did not pursue higher education that was that provided by the local synagogue, he dedicated himself to memorizing numerous pages of the biblical scrolls.  Men often gathered to discuss the meaning and life application of the sacred Scriptures.  One can safely assume Jesus functioned well in this capacity, as He did with the temple priests when He was twelve years old.

The Early Years Of Jesus 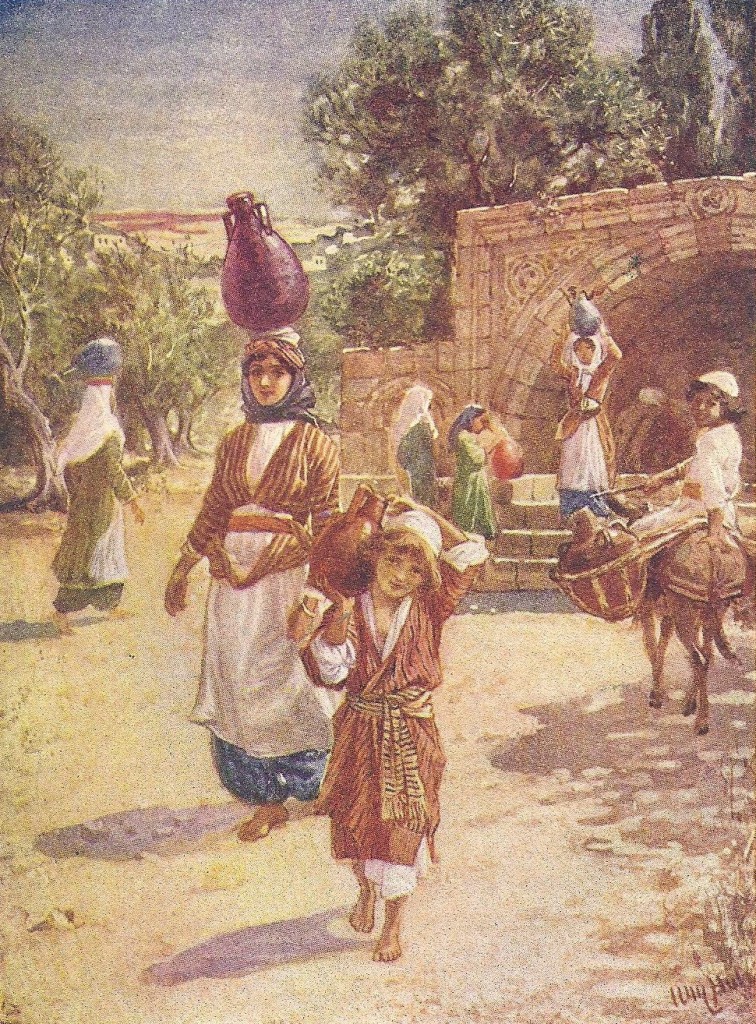 04.07.00.A. JESUS GROWING UP IN NAZARETH. Artwork by William Hole of the Royal Scottish Academy of Art, 1876. Jesus is shown with His mother carrying water from the only water fountain in Nazareth. This was a daily event except on the Sabbath. Some scholars believe the village was founded in the first or second century B.C., and was little more than a small agricultural village of three dozen Jewish homes.