15 When the angels had left them and returned to heaven, the shepherds said to one another, “Let’s go straight to Bethlehem and see what has happened, which the Lord has made known to us.”

16 They hurried off and found both Mary and Joseph, and the baby who was lying in the feeding trough. 17 After seeing them, they reported the message they were told about this child, 18 and all who heard it were amazed at what the shepherds said to them.        19 But Mary was treasuring up all these things in her heart and meditating on them.     20 The shepherds returned, glorifying and praising God for all they had seen and heard, just as they had been told.

04.04.01.A. FIELD OF THE SHEPHERDS, EARLY SPRING.  A view of the Hills of the Shepherds that is alive with the vibrant colors of spring flowers and grass. Israel has more wild flowers than any other nation except Switzerland. Photograph by Paivi Heinrich.

The rolling hills of Bethlehem remain unchanged after two millennia. Aside from the fact that Bethlehem has grown considerably in the past century, visitors can still see the rocky hills where shepherds grazed their sheep and goats for thousands of years. Amazingly, since the birth of Jesus, there have been more than sixty messianic pretenders who deceived many.[1] Only one of them, Menahem ben Hezekiah, claimed to be a descendant of David,[2] and he was not born in Bethlehem. Furthermore, since he was related to the son of Judah of Gamala,[3] who was the son of Hezekiah, some scholars question his Davidic claim.  Only Jesus fulfilled every prophecy concerning the Messiah. 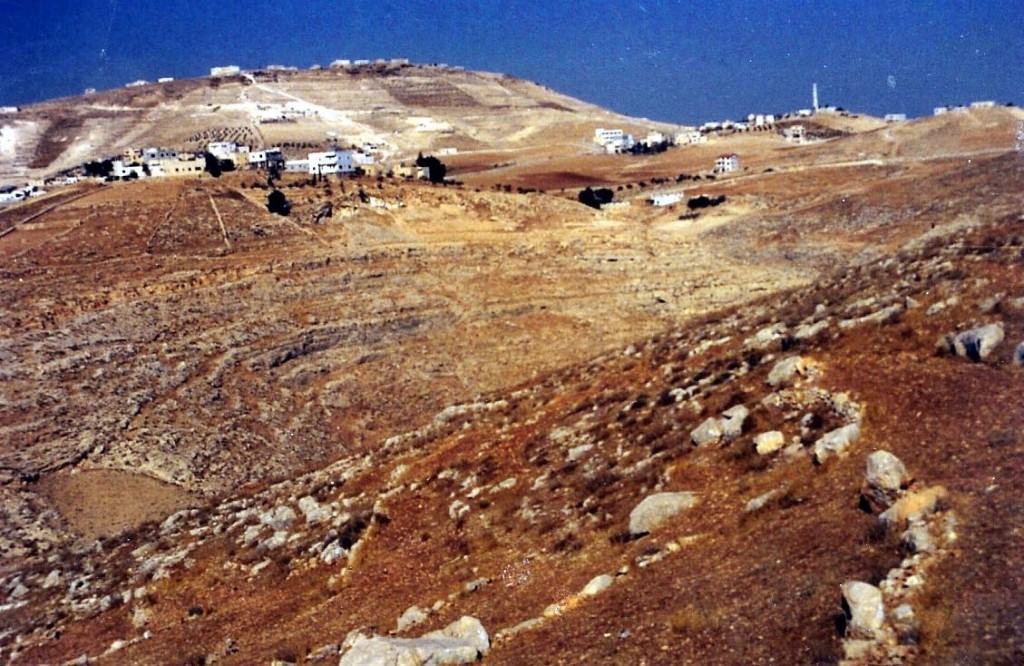 04.04.01.B. FIELD OF THE SHEPHERDS, EARLY SUMMER.  The occupation of shepherding has changed little over the years. Shepherds today still keep their sheep outside year round, although some provide tents during extreme hot and cold periods.  Bethlehem is situated on the edge of a semi-arid region and, therefore, there is a huge difference between winter-spring vegetation (previous photo) and what is available in the summer. Photograph by the author.

“What has happened.” The phrase is sometimes translated as “this thing.” The term literally means word or reality as in a word from God.[4] The shepherds immediately recognized it was some type of sign from heaven – this was in sharp contrast to the failure of the leading religious leaders to recognize the sign spoken of by the magi.

[2]. Jerusalem Talmud, Berakhoth 2.4, 5a.18. Menahem ben Hezekiah was a major leader in the revolt of A.D. 66 (Josephus, Wars 2.17.8). For more than a hundred years the Hezekiah family was involved in various revolts, and mutinies.  This has given credibility to some Jewish people that they were of royal lineage as claimed.