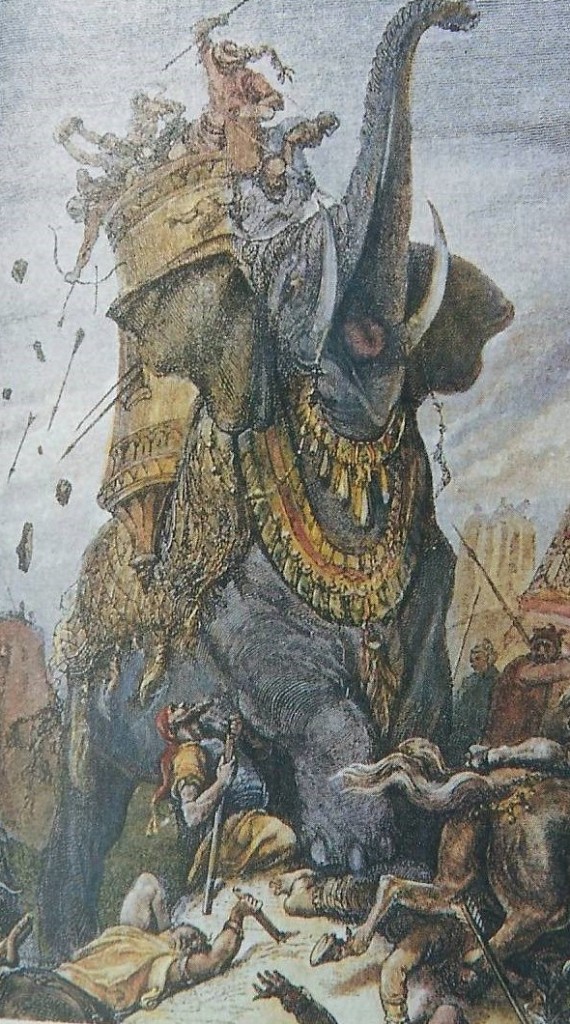 03.04.00.A. A GREEK-SELEUCID WAR ELEPHANT IN BATTLE.  Artist unknown. At the beginning of the Maccabean Revolt, the Greeks attacked the Jewish farmers with a professional army of 50,000 soldiers and 32 war elephants. During the battle, the Jewish leader “Eleazar … perceiving that one of the beasts (elephants) … was higher … and supposing that the king was upon him … crept under the elephant … and slew him: whereupon the elephant fell down upon him, and he died” (1 Macc. 6:43, 46). This was the last time elephants were used in military conflicts in Israel.