The Persian King Cyrus II (reigned 550-530)[1] united the Persians and Medes to defeat the Babylonians in 539. His processional march on a horse into Babylon was typical for a victorious monarch, and as such, has a striking similarity to the triumphal entry of Jesus at the beginning of His Passion Week.  As Cyrus entered the city, the people spread branches on the road before him to announce their loyalty to him.  This momentous event was recorded on several clay tablets, which were eventually discovered by archaeologists.  One of those tablets reads as follows,

The rise of Cyrus to power was the fulfillment of a prophecy spoken by Daniel (Dan. 6:28).  Cyrus decreed that all people who were captured by the Babylonians were to be given freedom and told to live in peace (mentioned four times).  He was God’s instrument in the fulfillment of Daniel’s prophecy.  However, only a few thousand Jews chose to return to their Promised Land (Ezra 6:3-5) and rebuild Jerusalem and the temple (2 Ch. 36:22-23; Ezra 1.1-4; 6:3-5).   It was this temple that some five centuries later would be enlarged, beautified, and would become known as “Herod’s Temple” in the days of Jesus.  As to the decree of Cyrus, it stated:

I returned to the sacred cities, on the other side of the Tigris [River], the sanctuaries which have been in ruins for a long time [and re-established], the images which (used) to live therein, and established for them permanent sanctuaries. I [also] gathered all their [former] inhabitants and returned [them] to their habitations [homelands].

Some scholars believe that Cyrus was a follower of the Zoroaster, the new Persian religion with some Jewish influences.  He spoke respectfully of the Jews and their God, because in the course of time, Jews had risen to governmental positions.  This was revealed by the discovery of clay tablets in the royal library that have inscribed Hebrew names. 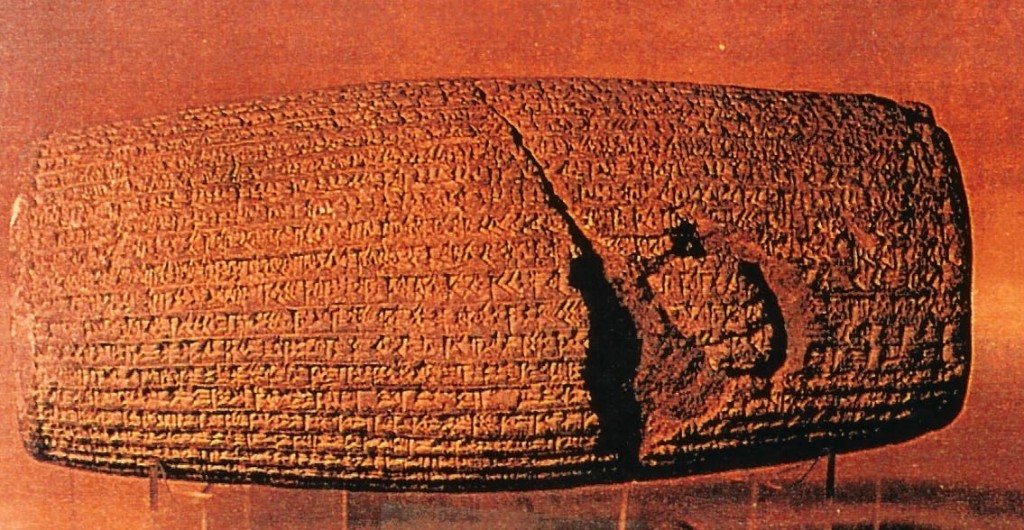 03.02.14.A. THE CYRUS CYLINDER (538 B.C.).  King Cyrus II, a/k/a Cyrus the Great, decreed on this clay cylinder that all captured people were to be released.  Known as the Cyrus Cylinder, upon this is recorded the decree giving freedom to the Jewish peoples (as well as others) as prophesied by the prophets. Photograph courtesy of the Trustees of the British Museum. 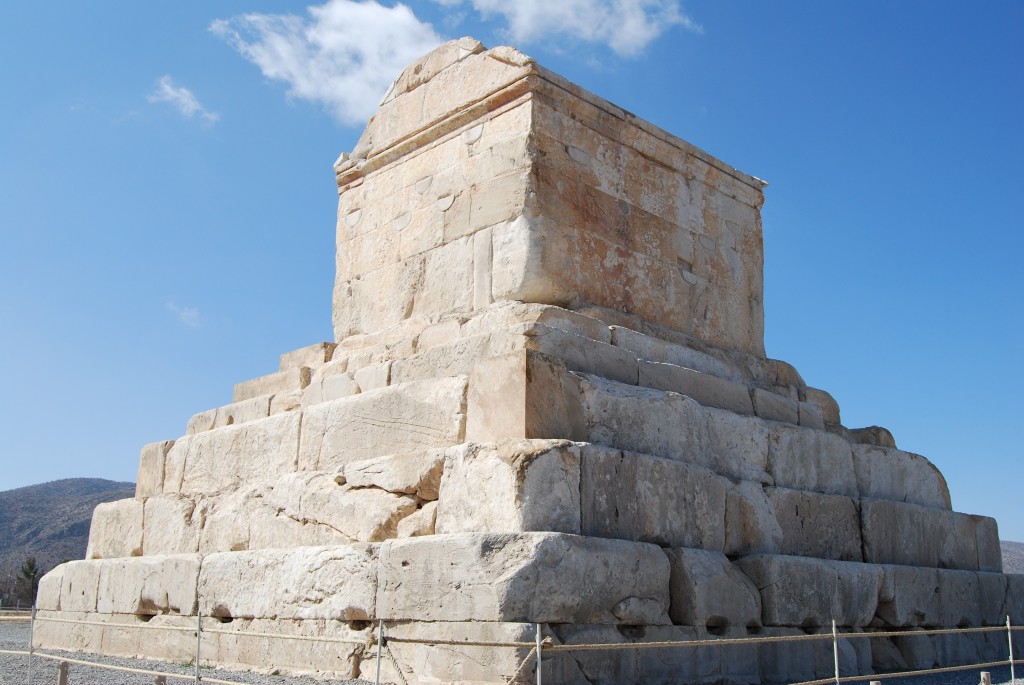 03.02.14.B. THE TOMB OF CYRUS THE GREAT.  The prophet Isaiah wrote his book around 700 B.C. and prophesied that one day a king named Cyrus would deliver the Jews from exile (Isa. 44:28; 45:1). A century and a half later this prophecy and others were fulfilled. Given the legacy of accurate prophecies, the Jewish people of the first century observed Jesus carefully in light of Isaiah’s messianic prophecies. Photo by Wikipedia Commons.

Finally, about this time there were four decrees, one of which is connected to Daniel’s prophecy of seventy-sevens (of weeks). These decrees and the related timeline have been the subject of many debates.[4]  Evangelical scholars agree it was partially fulfilled at the time whem Jesus rode into Jerusalem, with the remaining portion to be fulfilled at a future time.  Daniel received a prophetic revelation of seventy “sevens” (Dan. 9:24-27) in the “first year of Darius” (Dan. 9:1) when the Persians made him king over the Babylonians in 539 B.C.[5] The four decrees concerning the Jews and their holy city of Jerusalem are as follows:

[1]. The Persian kings Cyrus II (grandson of Cyrus I), Darius I (a/k/a Darius the Great), Artaxerxes I and Darius II are among fifty biblical names whose existence has been verified by archaeological studies in a published article by Lawrence Mykytiuk titled, “Archaeology Confirms 50 Real People in the Bible.” Biblical Archaeology Review. March/April, 2014 (40:2), pages 42-50, 68.  This archaeological evidence confirms the historical accuracy of the biblical timeline.  For further study, see the website for Associates for Biblical Research, as well as Grisanti, “Recent Archaeological Discoveries that Lend Credence to the Historicity of the Scriptures.” 475-98.

[7]. McClain, Daniel’s Prophecy of the 70 Weeks. 25. The calculation usiing that date would bring the fulfillment of the prophecy to April 6, 32 A.D., which was not a year when the 14th day of Nisan fell on a Friday.

[9]. For an exhaustive study to support this conclusion, see Gleason Archer’s study in “Daniel” in the Expositor’s Bible Commentary, 111-21.