03.02.09 Second Deportation of Jews to Babylon with Daniel and Ezekiel

Both Daniel and Ezekiel lived during times of international upheaval and strife.  Fortunately, Ezekiel linked his prophecies to a calendar, which archaeologists reckoned to the modern calendar. The discovery of Babylonian annals on cuneiform tablets became the tools allowing archaeologists to place these events into a modern time perspective.

The Israelites in Judah had no desire to remain under the domination of the Babylonians, and in 597 B.C., they rebelled. However, their zeal for political freedom was quickly crushed. Upon his return to Mesopotamia, Nebuchadnezzar again took the remaining priests, government officials, and approximately 10,000 leading men, including the prophet Ezekiel.  He and his countrymen were settled along the banks of the Chebar River, a tributary that flows into the Euphrates about three hundred miles above Babylon (1 Kg. 24:10-16; Ezek. 1:1-2; 40:1). 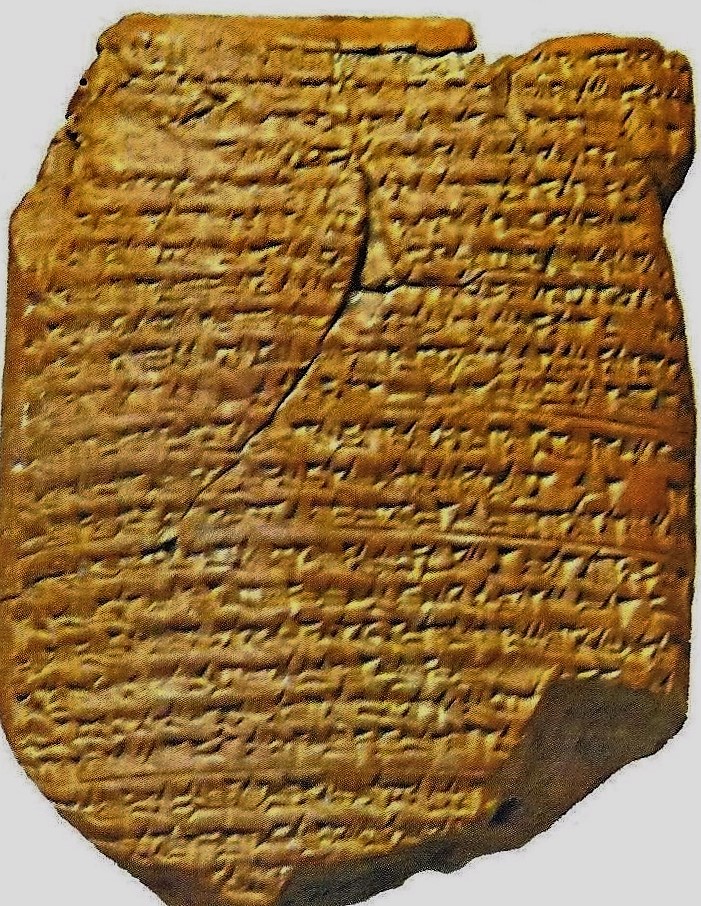 03.02.09.A. THE BABYLONIAN CHRONICLE FOR THE YEARS 605-595 B.C. This clay tablet from the royal Babylonian archives reports the accomplishments of King Nebuchadnezzar, including the capture of Judah (Jerusalem) on March 16, 597 B.C. It matches perfectly with the details of the Bible. Courtesy of the Trustees of the British Museum.

It was a common opinion that when armies fought each other, the battle was really a contest between their gods and the winning army was said to have the stronger deity. To the Babylonians, their victory and the destruction of the temple symbolized that they had the stronger god.  Since the Israelites also believed this, they were greatly discouraged and depressed as they believed their God was defeated and possibly destroyed.  Hence, the words of promise by their prophets were profoundly significant and reassuring.  They spoke of restoration, a return to the land, and a Messiah, all of which gave the captured people great hope in the midst of despair.

In this setting, Daniel’s prophecies had a profound impact as his words were literally fulfilled.  Among his predictions was the rise of an evil man who would attempt to destroy the Jewish people.  He was not mentioned by name. However, his actions identified him to be none other than Antiochus IV Epiphanes (early 2nd century BC), who rose to power in Damascus and ruled 360 years after Daniel spoke these words (Ch. 11). The fulfillment of Daniel’s words gave him credibility as a true prophet indicating that his words concerning the Messiah would also be fulfilled in the same literal manner.

After those 62 weeks the Messiah will be cut off and will have nothing. The people of the coming prince will destroy the city and the sanctuary. The end will come with a flood, and until the end there will be war; desolations are decreed.

However, Daniel’s prophecy of the temple’s destruction was problematic for first century Jews.[1] At the time of Jesus, a number of Jews associated with the School of Hillel realized that one day their temple would be destroyed along with the Holy City. In addition, their temple did not fit the description of Ezekiel’s temple. Therefore, when Jesus said that He would rebuild the destroyed temple in three days, His words caused terror in light of Daniel’s prophecy.

Another significant prophet was Ezekiel.  He gave a series of interesting prophecies that pertain to the first and second comings of the Messiah.  The first advent of the Messiah describes Him as a servant and in the second coming He is described as a military leader.  These two descriptions were the cause for many heated debates, and have at times been known as the “messianic problem.”  The first century Essenes, for example, concluded that there would be two different Messiahs because they did not consider the possibility that one Messiah could come twice, or that the Messiah could be deity in human form.  Hence, their concept of a Messiah was of an extraordinary person (somewhat angelic), but not someone who was both God and man (i.e. Jesus).

The book of Ezekiel was among the most highly respected prophetic books in the days of Jesus.  Many of his words had been fulfilled with precision, thus leaving no doubt that his remaining prophecies would eventually be fulfilled in a similar manner.  As previously stated, therein lay the problem for first century Judaism.  A large section of his works (chapters 40-48) describes a new temple that clearly was not the beautiful monument Herod the Great had re-created out of the second temple.  Hence, the Sadducees and Pharisees realized that their sacred shrine that they so dearly loved, would eventually have to be destroyed to make way for Ezekiel’s temple.  The Romans destroyed it in A.D. 70, but the third temple has yet to be built.

Daniel’s messianic prophecies were the subject of great debate because he said that the messiah would be “one who looked like a man” (Dan 10:18). That led Jewish scholars to conclude that the messiah would be someone/something to the order of an angelic superman.  Therefore, because of the word “like,” the idea of a messiah coming in the form of a humble carpenter from Nazareth was thoroughly rejected. The word “messiah” is capitalized only when it is in reference to Jesus as deity, and is not capitalized when the understanding is of a non-deity entity.