13 Now that same day two of them were on their way to a village called Emmaus, which was about seven miles from Jerusalem. 14 Together they were discussing everything that had taken place. 15 And while they were discussing and arguing, Jesus Himself came near and began to walk along with them. 16 But they were prevented from recognizing Him. 17 Then He asked them, “What is this dispute that you’re having with each other as you are walking?” And they stopped walking and looked discouraged.

18 The one named Cleopas answered Him, “Are You the only visitor in Jerusalem who doesn’t know the things that happened there in these days?”

So they said to Him, “The things concerning Jesus the Nazarene, who was a Prophet powerful in action and speech before God and all the people, 20 and how our chief priests and leaders handed Him over to be sentenced to death, and they crucified Him. 21 But we were hoping that He was the One who was about to redeem Israel. Besides all this, it’s the third day since these things happened. 22 Moreover, some women from our group astounded us. They arrived early at the tomb, 23 and when they didn’t find His body, they came and reported that they had seen a vision of angels who said He was alive. 24 Some of those who were with us went to the tomb and found it just as the women had said, but they didn’t see Him.”

25 He said to them, “How unwise and slow you are to believe in your hearts all that the prophets have spoken! 26 Didn’t the Messiah have to suffer these things and enter into His glory?” 27 Then beginning with Moses and all the Prophets, He interpreted for them the things concerning Himself in all the Scriptures.

Jesus walked on the road to Emmaus with two disciples. While the identity of one remains unknown, church history reports the other was Cleopas.  He became a leading figure after the martyrdom of James, the half-brother of Jesus. Cleopas also organized the mass evacuation of Messianic believers out of Jerusalem in the early days of the Roman siege in A.D. 66.[1]

Within a few years the primitive church adopted this liturgy in Hebraic poetic style:

Christ died for our sins

according to the Scripture

He was raised on the third day

He appeared to Cephas, then to the Twelve.

“Are You the only visitor in Jerusalem who doesn’t know the things that happened there in these days?”  What an interesting statement, because Jesus was the only one who really understood what happened on that day.  This conversation also shows that Jesus appears to have had a dry sense of humor.

“Our chief priests and leaders handed Him over to be sentenced to death.” This is the earliest and most explicit statement which places the responsibility for the execution of Jesus directly upon the Jewish leadership.  The Apostle Paul later said that the Jews were responsible for His death (1 Thess. 2:14-15), but did not identify which group of Jews.[3]

“But we were hoping that He was the One who was about to redeem Israel.”   Their dream that Jesus would be the one who would redeem Israel from Roman tyranny died with His crucifixion.  The focus and vision of the Jewish people for such a military-messiah were so strong that, when Jesus was among them, everything they saw Him do and heard Him say was filtered through their image of a military-messiah. The word “redeem” did not have the meaning that Christians associate with it today; rather, it referred to political freedom for Israel and the Jewish people. The crucifixion of Jesus was the crucifixion of that dream.  Only in His resurrection did these disciples begin to realize who Jesus really was, as He explained to them all that was written in the Scriptures concerning Himself.

To meet Jesus in Galilee

Three times Jesus told His disciples to meet Him in Galilee and three times they failed to understand and comply with His instructions. Therefore, He came to meet them in Jerusalem. 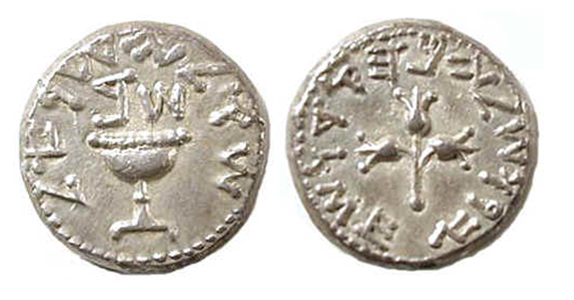 Modern tourists, like those of the Crusader days, visit the so-called Emmaus, located in the Shoreck Valley near the Arab village of Kiriath-Yearim (modern Abu Ghosh).  Since traveling during the Crusader era was extremely difficult, they created “historical sites” such as Emmaus and Mount Tabor, the so-called Mount of Transfiguration. These created sites were placed along main travel routes for the convenience of pilgrims. Therefore, the pursuit of truth requires a fresh look at Scripture and the facts.

The most important clue of the location of Emmaus is the definition of the name. It was originally named Amwas (pronounced A-mouse), meaning warm waters or warm wells.[4] In Hebrew, the word hamat or chammat means hot springs or warm water springs.[5] However, the Greeks and Romans could not pronounce it so they changed the name to Emmaus. They added the typical aus on the end of the name as was done with many place names.[6]

Of the four villages that today claim that biblical heritage, the only one that ever had hot springs is located about eighteen miles west of Jerusalem. It is the site of the Maccabean battleground as recorded in 1 Maccabees 3:40, 57 and 4:3. Early pilgrims such as Bordeaux Pilgrim (ca. 333) and the Holy Paula (ca. 386), accepted this site as authentic.  Possibly most important, however, is that a Byzantine Church was built there to commemorate the narrative of Luke 24:13.[7]

Critics claimed that this Emmaus (shown below) could not possibly be the biblical site because its distance of 160 Roman stadia, or 18.4 miles, which supposedly is more than a day’s walk. In response, some scholars claim that the ancients were accustomed to walking at a much faster pace than their modern counterparts.  Evidently, Josephus would agree with the latter group, for he recorded the journey from Galilee to Jerusalem could be walked in three days, definitely a strenuous walk for anyone today. Whether he made reference from the province of Galilee, approximately sixty miles away, or the Sea of Galilee, some eighty miles away, is unclear.  But, clearly, Josephus provided enough data to conclude that the Emmaus of the hot springs is the authentic site. When he was speaking to the five hundred men under his command as the captain of the Galilee army (about A.D. 65), he said,

I wrote to my friends in Samaria to take care that they might safely pass through their country, for Samaria was already under the Romans and it was absolutely necessary for those that go quickly (to Jerusalem)[8] to pass through that country; for on that road you may, in three days’ time go from Galilee to Jerusalem.

Obviously, the eighteen or twenty-mile walk from Jerusalem to Emmaus was not considered impossible by the historian.  People in ancient times walked briskly, as did the disciples, who hastily walked the road from Emmaus in their excitement of the news of Jesus.[9] 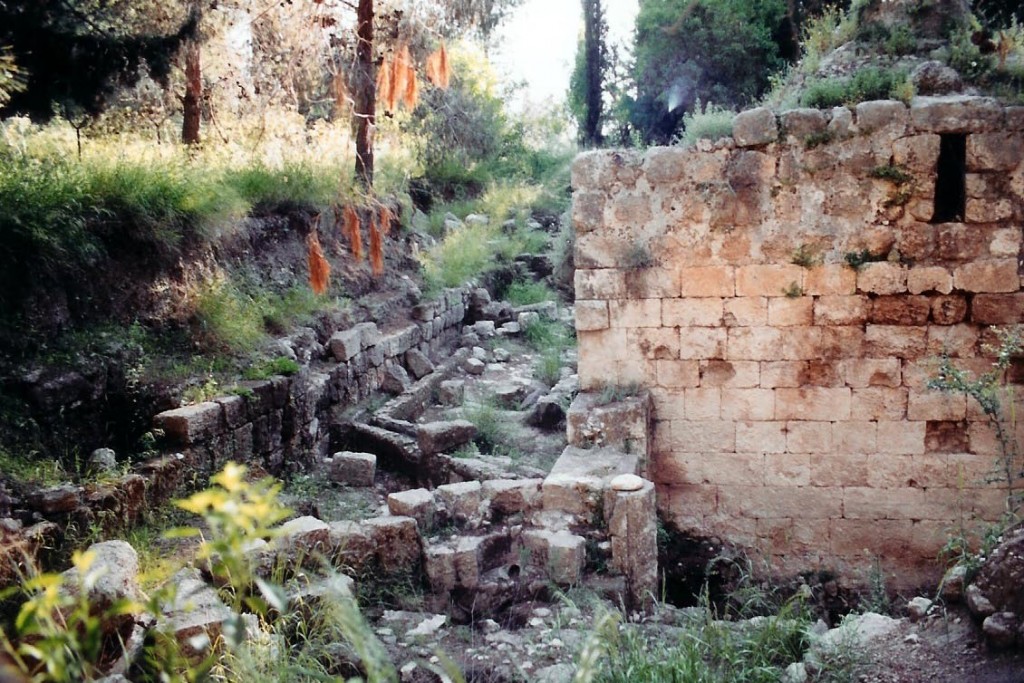 18.01.11.B. ROMAN BATH HOUSE RUINS IN EMMAUS. This bathhouse ruins is the only evidence visible of the hot water that once came forth at this spring. This was a vibrant community and after the Muslims conquered Jerusalem in 638, they wanted to make Emmaus their capital because of the warm waters.  However, as a result of a devastating plague in the year 669, thousands died and the community was abandoned. Photograph by the author.

[1]. Fruchtenbaum, The Jewish Foundation of the Life of Messiah: Instructor’s Manual. Class 26, page 14.

[3]. Please note that the Pharisees are no long mentioned in the biblical narrative after this point. As stated previously, since they were not permitted to vote on capital cases, they were not among the voting members of the Sanhedrin or before Pilate.

[5]. Lightfoot, A Commentary on the New Testament from the Talmud and Hebraica. 1:94.