5 But they kept insisting, “He stirs up the people, teaching throughout all Judea, from Galilee where He started even to here.”

6 When Pilate heard this, he asked if the man was a Galilean. 7 Finding that He was under Herod’s jurisdiction, he sent Him to Herod, who was also in Jerusalem during those days. 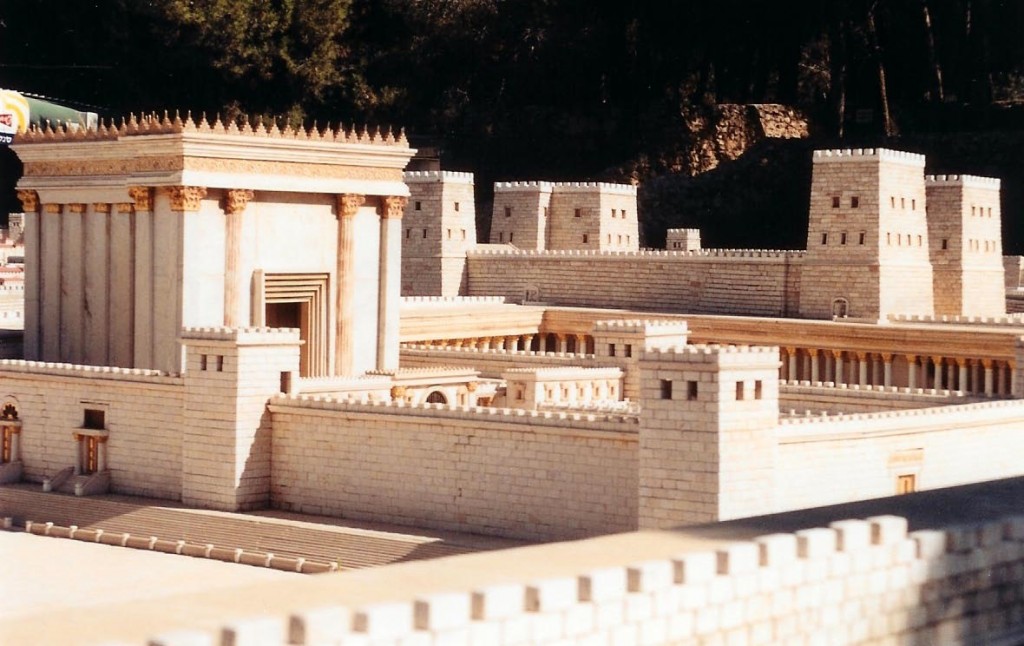 15.04.04.A. A MODEL OF THE ANTONIA FORTRESS (Behind the Temple).  This model shows the proximity of the fortress (in background) to the temple, and is where scholars believe Jesus was tried before Pilate. The fortress had a palace-type luxury suite for Pilate, barracks for the Praetorian Guard, a prison, and even a place where the high priest kept his priceless priestly robes. The Sanhedrin held its judicial proceedings in the Chamber of Hewn Stone within the temple, under the watchful eyes of the Roman guards. Photographed at the Holy Land Hotel by the author.

15.04.04.B. THE ROBES OF THE HIGH PRIEST.  LEFT: A mannequin of the high priest dressed in one of his priestly robes as he may have appeared during temple service. Photo courtesy of the Bible History Exhibits and Stephen Meyers. RIGHT: A model displays a recreated priestly robe as he may have appeared in daily life. Photo by the author near the Southern Temple Steps.

While performing temple duties, the high priest wore a linen garment and turban, but was in bare feet. His official dress was worn only in the temple, and kept under guard in the Antonia Fortress in the years 6-41 when not in service.[1]