As Jesus and His disciples were enjoying their Passover Seder in peace, fellowship, and sweet communion, the disciples were probably wondering what events the coming days would bring.  Following this peaceful moment, they walked through the crowded city streets, through the Eastern Gate, and across the Kidron Valley to the Mount of Olives that is today called the “Garden of Gethsemane.”[1]  At this time the “garden” was a large orchard of olive trees that may also have had a vineyard, as was typical of olive tree orchards. It is assumed that along the small stream of water in the Kidron Valley were cedar trees, since the terms Kidron and the brook Kidron (literal translation of Jn. 18;1) both mean cedar from the word cedron.[2]

Near the lower edge of this orchard is the Cave of Gethsemane that was large enough to contain an olive press. That cave was cool during the heat of the day and was protective and private at night.  It is very probable that it was here where Jesus was arrested.[3] The name Gethsemane is from the Hebrew and Aramaic term Gat-semani, meaning oil press. Clearly, for an area to acquire a name as this, the Mount of Olives was probably a center for commercial olive oil production for sale and temple use. 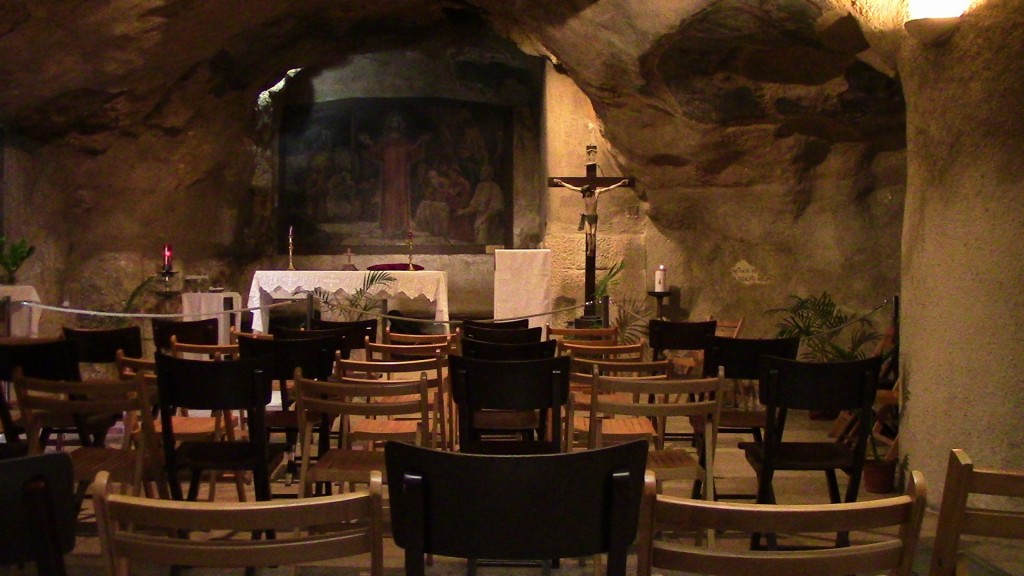 15.02.01.A. THE CAVE OF GETHSEMANE. This cave has also been known as the Cave of Christ’s Teaching. Adjacent to the modern Garden of Gethsemane is the Cave of Gethsemane. Thousands of visitors see the Garden but few are even aware of the cave. Photograph by the author. 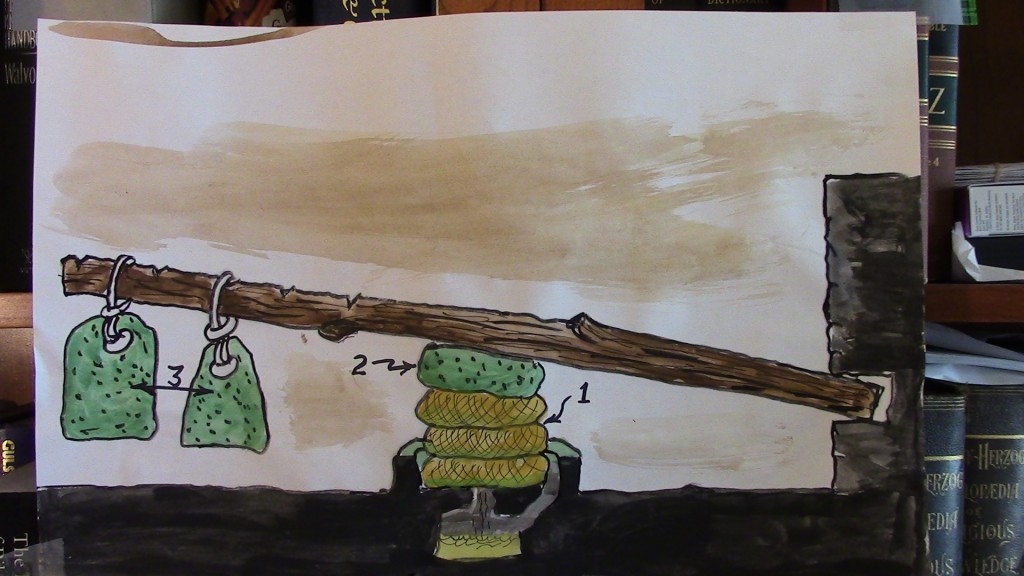 15.02.01.B. ILLUSTRATION OF A BEAM OLIVE PRESS. After olives were crushed with a millstone (11.02.05.A) they were placed in a beam olive press.  The method of extracting olive oil was (1) to place the crushed olives in flexible baskets, (2) place a stone on top of the baskets, (3) stone weights hung on the end of the beam to increase the pressure on the olives. The pressure forced the oil out of the olives and it flowed into the stone vat below the baskets, from where it was later collected. Illustration by the author.

In the meantime the leading Pharisees, Sadducees, Herodians, scribes, elders, the retired chief priest and business tycoon Annas, and his conniving son-in-law Caiaphas, were all dreading the possibility that Jesus would destroy their religious system. Most likely, this motley crew gathered in the palace home of Caiaphas to plan a strategy to destroy their common Enemy.  Careful planning was necessary to prevent a riot because this would most certainly have invited a crushing Roman military response. Were that to happen, the result could be just as financially damaging as if Jesus were to become the political-messiah. Tensions were of volcanic proportions.

Thousands of people came to Jerusalem every year for Passover and many of them slept in the Mount of Olives orchard under the starry skies.  The night was quiet, except for the crying of many lambs that were about to be sacrificed. But while the mountains of Jerusalem were at peace and multitudes slept, Jesus was in the midst of the turmoil of spiritual warfare.  It was so intense that prayer became agonizing.  He struggled far more than did His ancestor, Jacob, whose prayer was a “type and shadow” of what Jesus endured this night.[4]  For what Jesus was about to experience was more deadly than death itself.  Matthew underscored the significance of Jesus’ praying when he stated that the Master prayed three times.[5]

[2]. Lightfoot, A Commentary on the New Testament from the Talmud and Hebraica. 3:413.

[5]. The fact that Jesus prayed three times, and that His praying is mentioned as such, is not a coincidence. To understand the significance of words or actions repeated three times, see 04.02.02.Q4 “Why did Matthew divide the list of names into three groups?”