13.04.03 THE THEOLOGICAL ISSUE OF THE RESURRECTION QUESTIONED

THE THEOLOGICAL ISSUE OF THE RESURRECTION QUESTIONED

23 The same day some Sadducees, who say there is no resurrection, came up to Him and questioned Him: 24 “Teacher, Moses said, if a man dies, having no children, his brother is to marry his wife and raise up offspring for his brother. 25 Now there were seven brothers among us. The first got married and died. Having no offspring, he left his wife to his brother. 26 The same happened to the second also, and the third, and so to all seven. 27 Then last of all the woman died. 28 In the resurrection, therefore, whose wife will she be of the seven? For they all had married her.”

33 And when the crowds heard this, they were astonished at His teaching.

This time the Sadducees took their turn at Jesus.  Just as Jesus used well-known historical events and stories to help people remember His teachings, so did other rabbis and Jewish leaders. But this discussion on the resurrection was purely academic for the following two reasons:[1]

The Sadducees told a story of a man who died leaving a widow and no offspring. In the biblical culture, life was bound up partly in social identity, meaning that the end of a family line was the functional equivalent of death (Gen. 15:1-3; 30:1).[4] So to insure the deceased husband would have a legacy and perpetuate his name, the widow married his brother but he also died, then another brother who died, until she married each of the seven brothers and finally she passed away. The account seems quite unusual except for the fact that stories like this were fuel for theological discussions that never seemed to end. In this case, the Sadducees gave a modified version of a similar story found in the book of Tobit, chapters 7 and 8.  In that story, Tobias desires to marry a certain Sarah, but her father tells Tobias that she had been married seven times previously and each of the men died on the couple’s wedding night.  Note the following:

And he explained the matter (of Tobias’ desire to marry Sarah) to Raguel, and Raguel said to Tobias, “Eat and drink, and be merry tonight.  For it is fitting that you should marry my child.  I must, however, explain to you the true situation. I have given her to seven men, and they died during the night when they went in to her.  But for now, be merry.”

But Tobias said, “I will not taste anything here until you settle matters with me.”

As the story goes, Sarah’s father Raguel wanted Tobias to eat, drink, and be merry before their wedding. However, Tobias chose to resolve the issue first. Once settled, he married her. But before he approached her on their wedding night, he burned a fish’s heart and liver to cast a demon out of her.  Had the Sadducees not been humiliated on the resurrection issue, they would probably have challenged Jesus on an exorcism question.

Returning to the Sadducean discussion on the doctrine of resurrection, they held a strong position against life after death which made their question most absurd.  Some scholars believe the fiercest of all conflicts between the Pharisees and Sadducees was on this doctrine.[6]  They no doubt asked the question in an attempt to entrap Jesus and defeat their theological rivals as well. Jesus first exposed their misunderstanding and then their ignorance. He responded by simply telling them, “you are in error …,” and went on to prove it. With extreme simplicity Jesus said, “I am the God of Abraham … He is not the God of the dead but of the living.”

But what did the Jewish people believe concerning marriage and the resurrected life? They had a number of concepts concerning this issue. Most, it seems, believed that at the resurrection men would be restored to their former natural bodies and have human appetites and passions. They would have activities of eating, wearing the clothes in which they were buried, drinking, etc., and be married to one wife.  And therein was their problem. If one had more than one wife on earth, how could he only have one wife in the new heaven? So while the Sadducees posed a hypothetical question to Jesus, the Pharisees also would have had an interest in the answer. The gospels do not give a description of the resurrected bodies, but later the Apostle Paul did briefly describe the “glorified bodies” in Philippians 3:21.

“I am the God of Abraham . . .  He is not the God of the dead but of the living.”   Clearly, this statement indicated that those who died were very much alive elsewhere. If there were no resurrection, then God would have said, “I was the God of Abraham.” But, God is a God of the living, not the dead. So if there is no resurrection, then there is no God.[7]  Again, the crowds were astonished and His enemies humiliated.

Jesus gave to them fresh insight into the meaning of Scriptures and some teachers of the law agreed with Him (Lk. 20:39-40), which again underscores the basic fact that not every religious leader was critical of Jesus or wanted to see Him crucified.

13.04.03.A SADDUCEAN TOMB INSCRIPTION. This inscription was found in a first century Jerusalem tomb that belonged to a Sadducean family. The inscription read: Enjoy your life! They, like the Greeks and Samaritans, did not believe in a resurrection after death.  Their theology was reflected in the drawings found in the tomb of a man named Jason.[8] 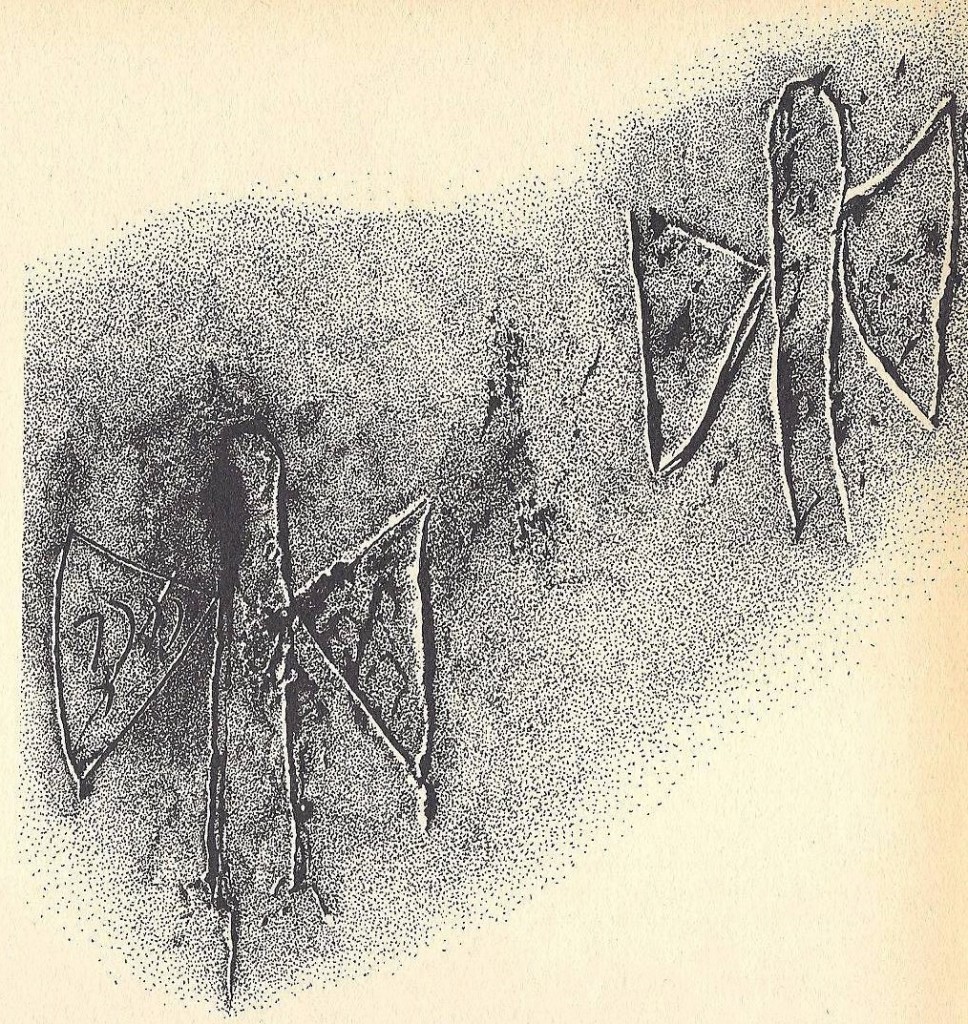 13.04.03.B. GRAFFITI OF ASCENDING SOULS.  The Pharisees believed that at some time after the death of the body, when the resurrection occurs, the independent soul is reunited with the body. These unusual drawings from the catacombs at Beth Shearim are believed to represent ascending souls.

In sharp contrast to the graffiti of the Pharisees, is an inscription found on an ossuary of a Hellenized Jew or Sadducee. It reads,

No man can go up (from the grave), nor (can) ‘El’azar or Sappirah

Inscription on the lid of Ossuary No. 2[9]

The significance of the inscription is that it clearly denies the resurrection, just as did those who challenged Jesus. The ossuary was discovered in 1973 in a Jewish tomb on Mount Scopus in Jerusalem. It contained five skeletons and nine ossuaries. Archaeologists believe the tomb belonged either to a family of the Sadducees or Hellenized Jews.

In essence, the Sadducees or Hellenized Jews, tried to trap Jesus with the previous dilemma of choice: to believe in the laws of Moses or to believe in an afterlife.  Jesus clearly revealed that the answer was both. Now they questioned Jesus about the most important commandment.

[2]. The Book of Pedigrees or Geneaologies that was stored in the temple.

[4]. The hope and promise of a resurrection is rooted in the book of Genesis. For further study on this interesting subject, see Mitchell L. Chase “The Genesis of resurrection Hope: Exploring its Early Presence and Deep Roots.” 467-80.

[5]. Ben Sirach and Tobit belong to a classification of extra-biblical books known as the Apocrypha. These two literary works reflect the opinions of many Jewish people. See 02.02.03 “Apocrypha” for more information. The reader is reminded that quotations from non-biblical sources are not to be understood as being of equal authority with the biblical narratives. See 01.02.04.

[7]. For further study on the significance of the physical resurrection of Jesus, see Geisler, Norman L. “The Significance of Christ’s Physical Resurrection.” Bibliotheca Sacra. 146:582 (Apr-June, 1989). 148-70.

[8]. Notley, “Jesus and His Times. 1999; No photographic/illustration credit given.