LESSON FROM THE FIG TREE

Mk. 20 Early in the morning, as they were passing by, they saw the fig tree withered from the roots up. 21 Then Peter remembered and said to Him, “Rabbi, look! The fig tree that You cursed is withered.”

Mt.  20 When the disciples saw it, they were amazed and said, “How did the fig tree wither so quickly?”

21 Jesus answered them, “I assure you: If you have faith and do not doubt, you will not only do what was done to the fig tree, but even if you tell this mountain, ‘Be lifted up and thrown into the sea,’ it will be done. 22 And if you believe, you will receive whatever you ask for in prayer.”

When Jesus and His disciples returned to the Holy City, they noticed the fig tree that had been cursed was dead.[1]  This sudden death was symbolic of the impending judgment that would fall upon the Jewish nation for their rejection of Jesus.  It was a profound prophetic object lesson; a lesson that found its fulfillment in A.D. 70 and again in A.D. 135.

“If you have faith and do not doubt.”  Faith is a gift from God that is to be applied to all life situations.  It cannot be produced by human efforts or positive thinking.  Faith is an applied decision for a divine result based on biblical principles when human intelligence would indicate other consequences. For this reason, an early church father known as the Shepherd of Hermas said,

You see then, said he, that faith is from above, from the Lord, and has great power; but double mindedness is an earthly spirit from the devil and has no power.  Therefore, serve that faith that has power.

The Shepherd of Hermas[2]

A Lesson in First Century Hermeneutics:

There are certain stories and historical events of culture that everyone knows. Jesus simply took some of those stories and events and used them in His lesson. In essence, He took His listeners from the known to the unknown; from the life of this earth to the spiritual life of the Kingdom of God.

“You tell this mountain, be … thrown into the sea.” Jesus used an example of the physical world to explain a principle of the spiritual world.  He used this imagery to say that feats greater than Herod’s could be accomplished by faith. One profound accomplishment of the king was the construction of the summer fortress-palace known as the Herodian.  He literally relocated the top of one mountain and placed it on the top of another, making the fortress impenetrable and creating the appearance of a volcano.  The lesson Jesus taught is that to have prayers answered one must have faith in God and forgive others. The imagery was impressive to His listeners. 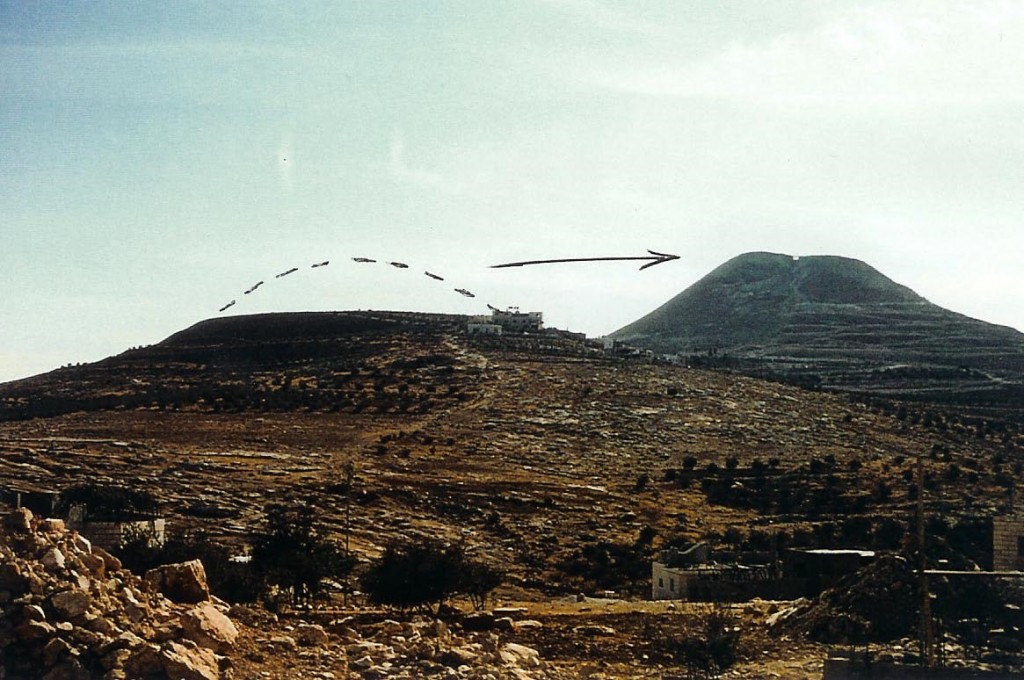 13.02.05.A. THE CREATION OF THE HERODIAN PALACE-FORTRESS.  Herod the Great relocated the top of one mountain (left) and placed it on top of the other mountain to build this fortress-palace.  At its base he constructed an indoor Olympic-size swimming pool. The Herodian is located three miles south of Bethlehem along the edge of the Judean Desert, within sight of where Jesus was born.  Photograph by the author.

[2]. Lightfoot, citing “The Shepherd of Hermas” in The Apostolic Fathers. 2:191-92 without reference.