40 So He departed again across the Jordan to the place where John had been baptizing earlier, and He remained there. 41 Many came to Him and said, “John never did a sign, but everything John said about this man was true.” 42 And many believed in Him there.

The history of the Jews who lived in Perea is rather interesting.  Shortly after Herod the Great came to power, he invited a number of Babylonian Jews to live in the Yarmuk Valley and region of Batanea in Perea.  The shrewd monarch did this for a specific reason: protection. These Jews were excellent archers and could shoot arrows as they rode on horseback, a rare and outstanding military skill of this time.[1]  Their position east of the Jordan River meant they were Herod’s first line of defense in the event of a Parthian invasion.   Scholars believe Batanea was one of the communities of Babylonian Jews where Jesus ministered.[2] 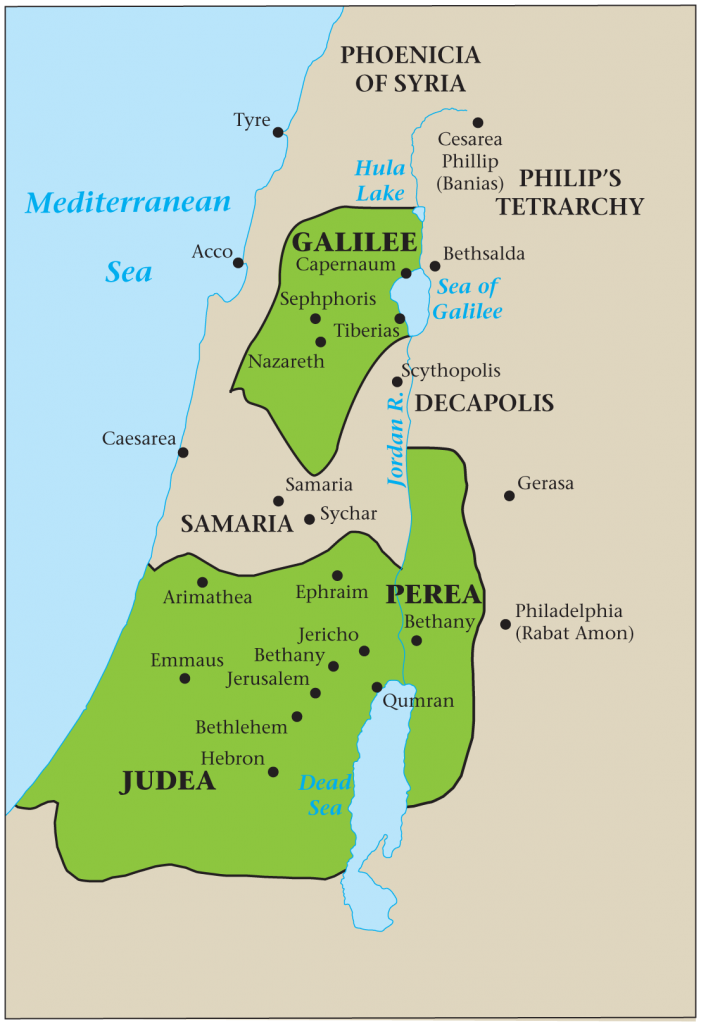 12.02.02.Z Map of Three Jewish Provinces of Judea, Galilee, and Perea. By crossing the Jordan River, Jesus was able to minster to the Jewish people who lived in Perea, as well as to the Gentiles in the area. In the days of Jesus, Perea was often referred to as the “region of Judea across the Jordan.”  Map courtesy of International Mapping and Dan Prsywara.