JESUS CHALLENGED BY HIS BROTHERS

2 The Jewish Festival of Tabernacles was near, 3 so His brothers said to Him, “Leave here and go to Judea so Your disciples can see Your works that You are doing. 4 For no one does anything in secret while he’s seeking public recognition. If You do these things, show Yourself to the world.” 5 (For not even His brothers believed in Him.)

When it was time to observe the Feast of Tabernacles in Jerusalem, Jesus knew that potential hostilities could be waiting for Him.[1]  It was a time of religious tension even in good times – and those were few and far between. The reason was that the Pharisaic rituals included some activities that were ridiculed by the Sadducees. These included:[2]

Since none of these activities are mentioned in the Torah the Sadducees were strictly against them.  Therefore, there was always tension in the air during these holy days.

The feast, also known as the Feast of Ingathering or the Feast of Harvest, was celebrated on the 15th of Tisri (the 7th month; Lev. 23:34) to the 22nd.[4] The first and last days of this festive week were honored as Sabbaths, or “Second Sabbaths.” When reconciled to the modern calendar, this would have been in the second week of October.  It began five days after Yom Kippur (Day of Atonement) and lasted seven days (Lev. 23:33-36; Deut. 16:13-17) followed by a day of spiritual insight and reflection (Neh. 8:14-16).  This feast was to commemorate the Hebrews’ wandering through the wilderness for forty years and how God provided for their needs during that historic journey.  During the Feast, each family constructed a temporary shelter of palm branches in which they lived during this eight-day celebration.  By the first century, this feast was considered to be of supreme importance as libation waters taken from the Pool of Siloam followed whole-offerings.[5]  Here they feasted for seven days, followed by an eighth day of spiritual observance. 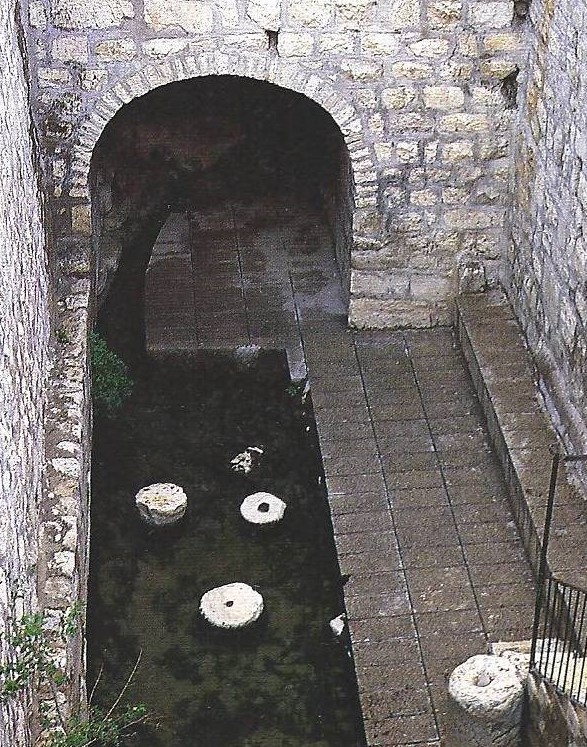 11.02.11.A. THE TRADITIONAL SITE OF THE POOL OF SILOAM.  The so-called Pool of Siloam that has been visited by thousands of Christian pilgrims, but has now been identified as a Byzantine site of the 4th or 5th century A.D. Since the Byzantines did not know where the actual location of the pool was, they created this one for visiting pilgrims. Internet photograph.

Critics have used this passage as evidential proof that Jesus either lied or was unsure of Himself and, consequently, had to change His mind – implying that He was susceptible to making errors.   In this passage, there was a discussion between Jesus and His disciples about walking to Jerusalem for the celebration of the Feast of Tabernacles.  Critics point out that in v.6 Jesus said, “My time is not yet here” and shortly thereafter in verse 8 the same thought was rephrased as, “you go to the festival.  I am not going up to the festival because my time has not yet fully come.” The apparent conflict lies in verse 10 where John recorded that, “after his brothers had left for the festival, he went also, not publicly, but in secret.”

The key to understanding this passage is that the religious leaders were determined to kill Him at any cost, and probably were waiting to capture Him in one of the many festival caravans that was coming to the Holy City. If they could not capture Him along a country road, they would try to do so at the festival (Jn. 7:11). So the disciples went to the temple as pilgrims, probably joined by others on their way to the temple. No doubt they were aware of some kind of danger that threatened Jesus, although they certainly did not understand the full extent. Jesus, on the other hand, was not about to let Himself be killed until the right time.  Therefore, He did not go with them, but waited briefly and left in secret.  The Greek phrase right time was not a matter of weeks or months, but of hours or, at the very most, days. It has a meaning that is related more to the right season or the right opportunity, rather than to a clock or calendar measurement.[6]  The word Greek kairos does not mean hour but at the appropriate time.[7] Jesus may even have taken a different route.  The point is Jesus had to enter into the city unnoticed and remained secluded until the right time came for Him to speak publicly. Jesus did not lie, but simply avoided an early capture so Bible prophecy would be fulfilled. 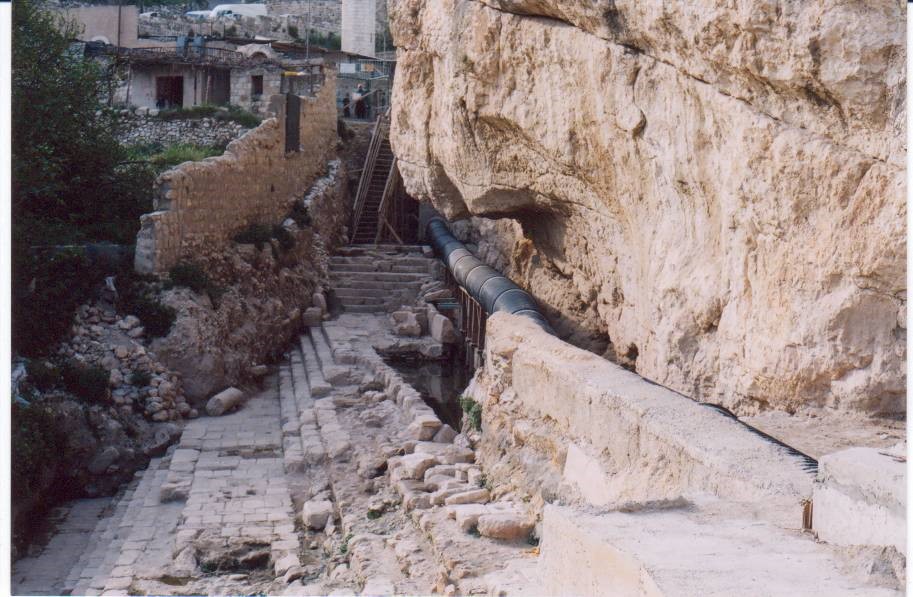 11.02.11.B. THE AUTHENTIC POOL OF SILOAM. The authentic Pool of Siloam was accidently discovered in the summer of 2004 when construction crews were replacing a damaged sewer line.  The pool had three sets of steps of stairs, each with five steps. Four coins found embedded in plaster dated from the rule of Alexander Jannaeus (reigned 103 – 76 B.C.), one of the Hasmonean kings and this discovery secures the date of the site to the time of Jesus. It was somewhere along these steps that Jesus healed the blind man of John 9:1-11. Photograph by the author.

“For not even His brothers believed in Him.”  It is amazing that after performing so many miracles, and after hearing the testimonies of Mary and Joseph, His half-siblings still had no faith in Him. This is clear evidence that at times winning those in one’s family is a monumental task. In this case, they did not come to faith until after His resurrection.

[1]. It is interesting that the synoptic gospels never mention Jesus in Jerusalem until the Passion week, yet John’s gospel concentrates on His ministry in the Holy City.

[3]. See Appendix 5: “The Levitical Feasts As Prophetic Reflections Of Jesus.”